Corn prices declined from high levels in 2012 to much lower levels in 2013 through 2019. In this article we examine production cost declines which occurred after the 2012 price decline. Costs did decline, but not until farmer returns were negative. 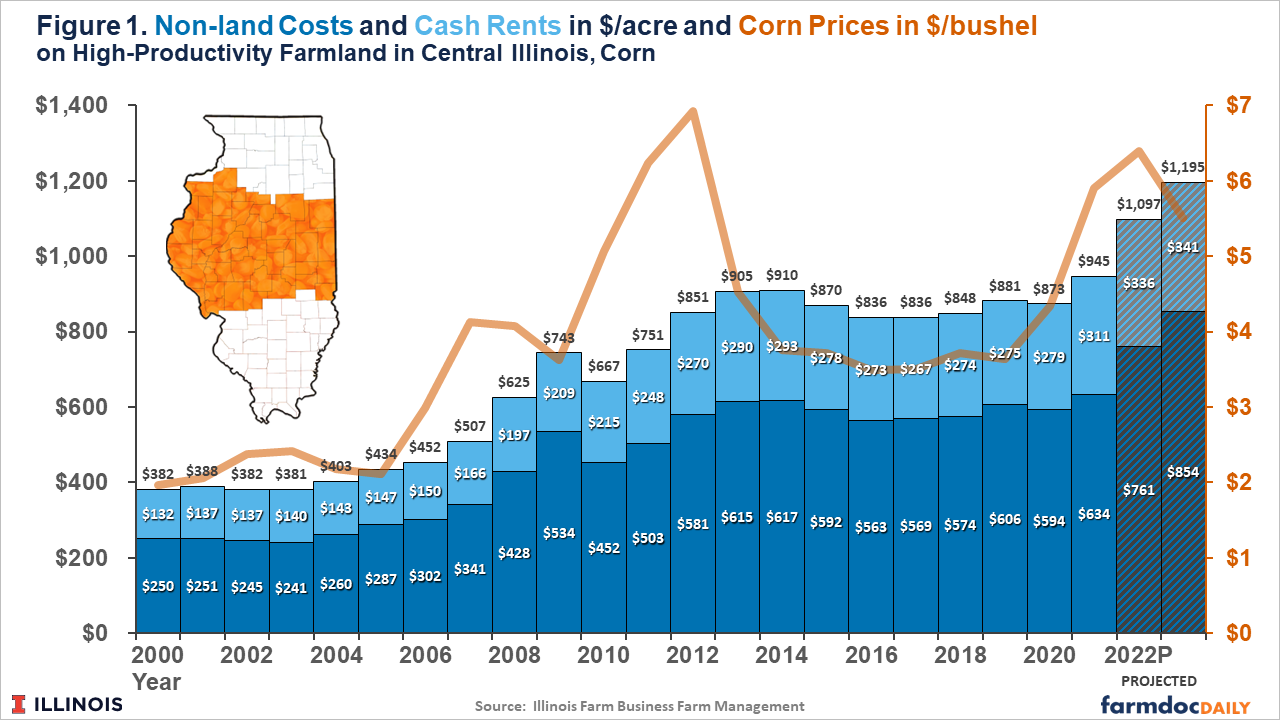 Costs declines began in 2015.  Farmer returns were negative in 2014, the year before cost began to decline, and remained negative to 2017 (see Figure 2).  Negative returns likely were a contributing factor to cost declines. 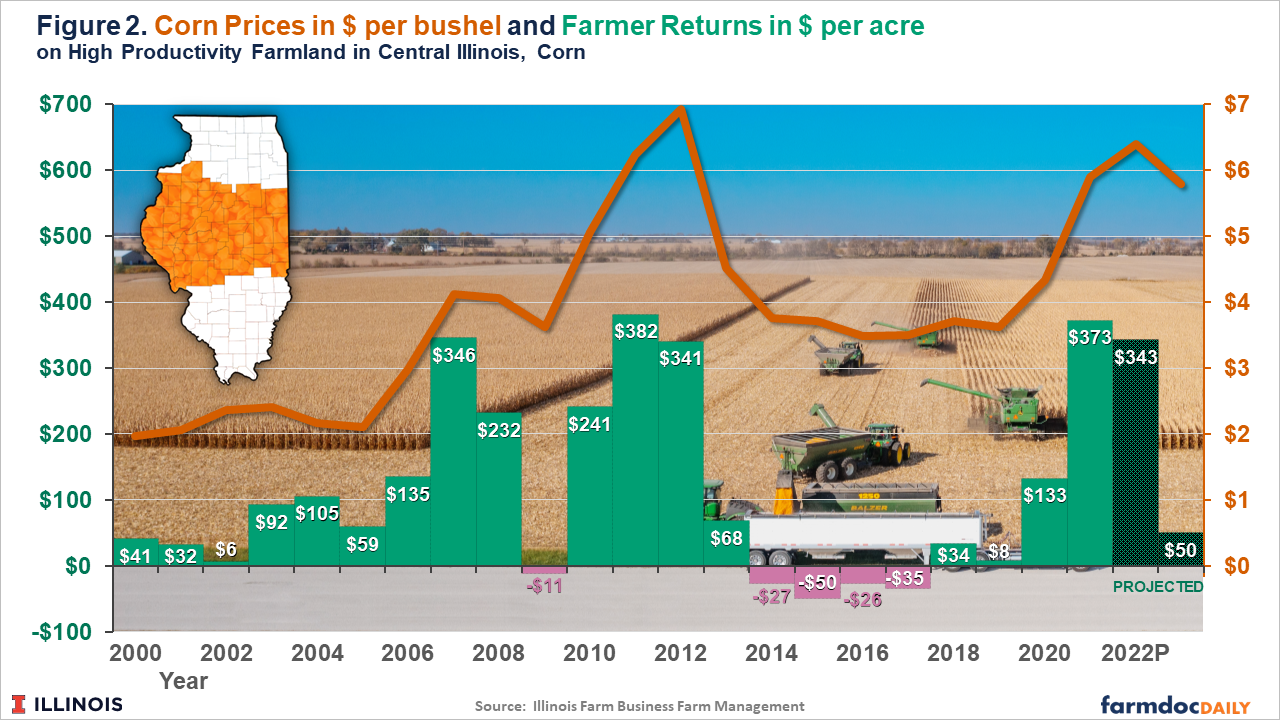 Implications for the Future

Those reactions will be in the future.  Many farmers have built capital and financial resources in the past several years (see farmdoc daily, November 15, 2022).  Those resources will serve useful in future years.

Schnitkey, G. and K. Swanson. “Revenue and Costs for Illinois Grain Crops, Actual for 2016 through 2021, Projected 2021 and 2022.” Department of Agricultural and Consumer Economics, University of Illinois at Urbana-Champaign, August 2022.