Most farmdoc readers know that South America produces more soybeans than the US and is an increasingly important producer of corn.  But, “facts” can often be appreciated (i.e. understood) only when put in a familiar context.  This article therefore discusses South American corn and soybean production in the context of US states.  Almost every US farmer and agribusiness person understands that what happens in Illinois and Iowa directly impacts them. 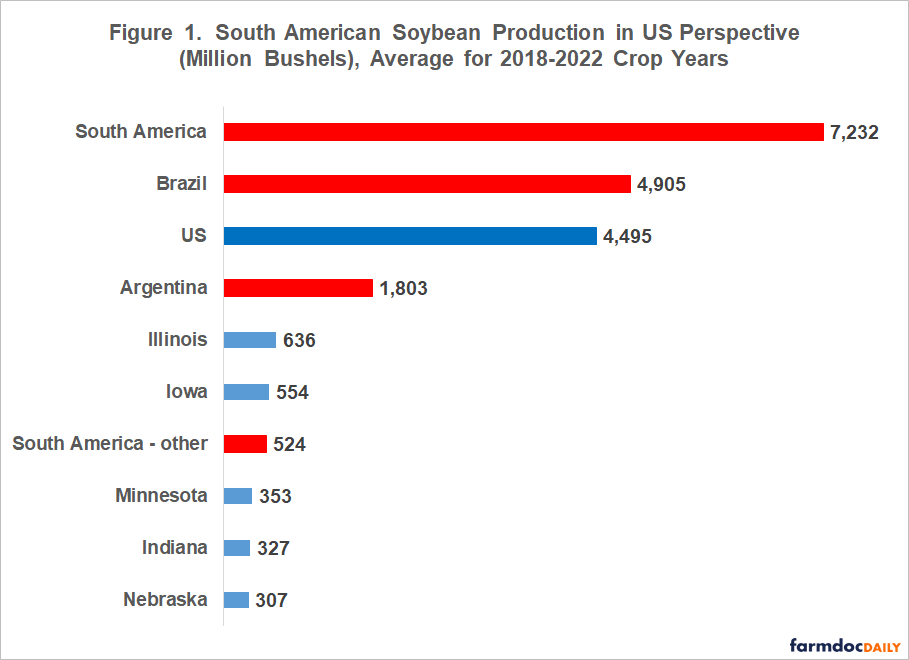 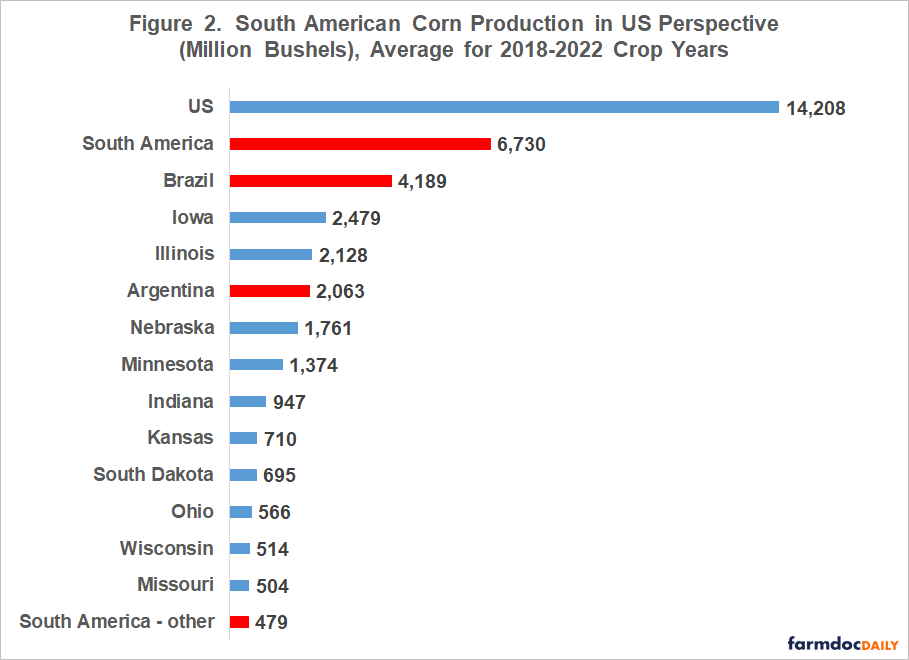 The US remains the world’s leading producer of corn, but understanding South American corn production has become important to being an informed producer and marketer of corn.

South America’s potential for multiple cropping is another reason to become knowledgeable about South American corn and soybean production.  Brazilian farmers, in particular, are double and even triple cropping.  For more discussion of multiple cropping in Brazil, see the farmdoc daily articles of January 12, 2022 and August 29, 2022, as well as this farmdoc webinar.