In posts on March 29, April 5, and April 12 we examined crop and livestock price behavior in the new era that began to emerge in Fall 2006. Each of these posts was based on the behavior of nominal prices, so that the effects of changes in the general price level over time were not considered. Focusing on nominal prices made sense in the previous posts because farmers make marketing decisions using nominal prices. From a broader economic perspective, it is actually real, or inflation-adjusted, prices that matter. A simple example will help to explain why. If someone has $100 of income and purchases a basket of goods for an average price of $10, they can purchase 10 ‘baskets’ of the goods. Now let the person’s income and all prices double, so they have $200 of income and the average price of the basket of goods is $20. Is the person better off? Of course not– since they can still only purchase 10 baskets of the goods.

The charts found below this post show the real price of corn, soybeans, wheat, and hogs in Illinois from January 1947 through March 2011. Real prices for cattle and milk start in January 1960. The Consumer Price Index (CPI) for all urban consumers is used to measure changes in the general price level and the base month for the inflation adjustment is set to March 2011. Setting the base month this way means that prices before March 2011 are stated in terms of the current purchasing power of a dollar. The charts provide striking evidence that real agricultural prices, in contrast to nominal prices, are nowhere near the highs established either after World War II or in the mid-70s. The table below shows peak real prices, current real (and nominal) prices, and the ratio of peak prices to current levels. Prices would have to double or more than quadruple from current levels to challenge the old peaks!

It is clear that current agricultural prices are not ‘high’ in real terms, but that does not preclude further increases in real prices. In fact, there is a serious debate about whether we are entering a new era of higher real agricultural prices or that the long downward slide will resume. A recent special report in The Economist makes the case for a new era of higher real prices, “An era of cheap food has come to an end. A combination of factors–rising demand in India and China, a dietary shift away from cereals towards meat and vegetables, the increasing use of maize as fuel, and developments outside of agriculture, such as the fall in the dollar–have brought to a close a period starting in the early 1970s in which the real price of staple crops (rice, wheat, and maize) fell year after year.” While we recognize that all of the above factors are indeed at work in pushing up real prices right now, we should also not ignore the historical trend of supply-side factors (acreage and technology) eventually catching up and overtaking these demand factors. In fact, our earlier projection of a new and higher level of average nominal crop prices implies a long-term decline in average real prices. We are sticking with this well-established trend until the evidence clearly says otherwise. 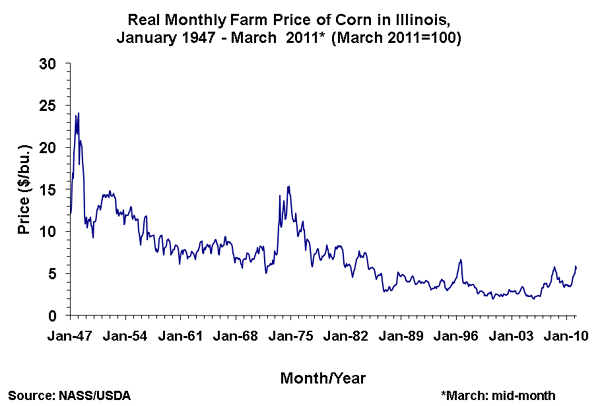 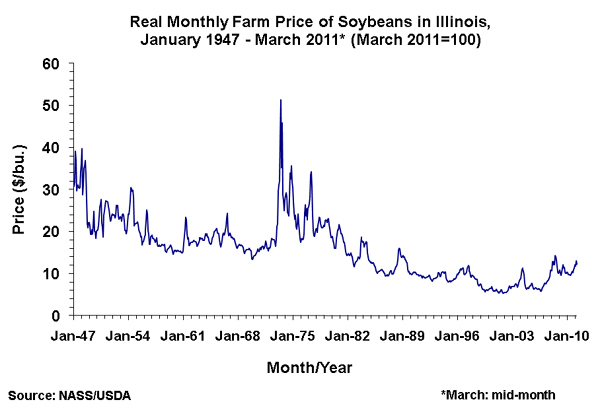 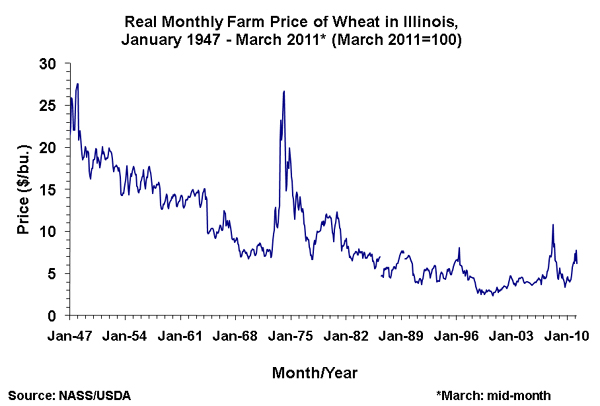 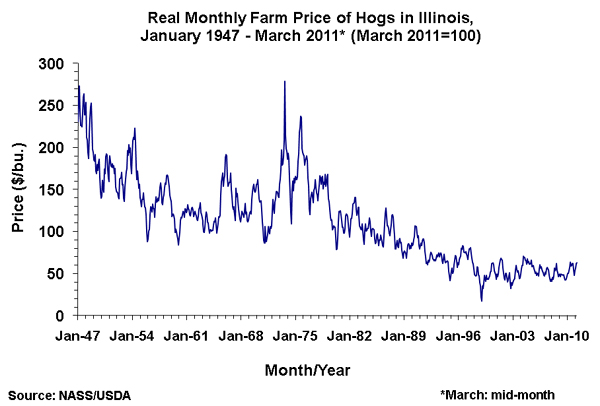 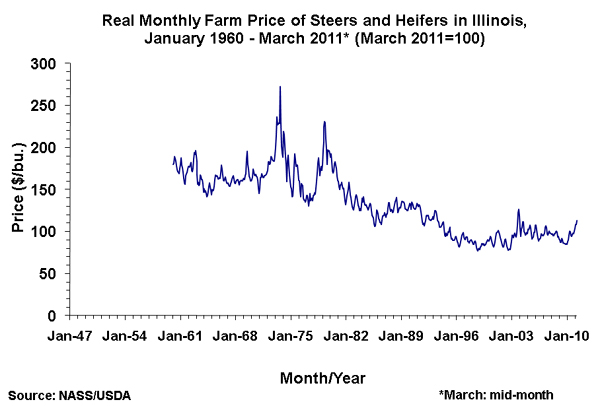 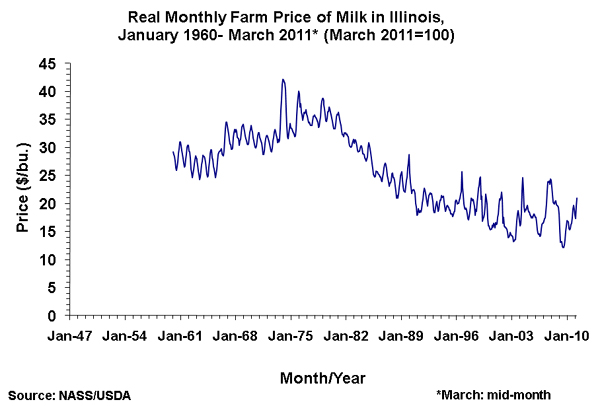