In posts on March 29, April 5, April 12, and April 19 we examined crop and livestock price behavior in the new era that began to emerge in fall 2006. We argued that unfolding evidence suggested that corn, soybean, and wheat prices were indeed likely establishing a higher (nominal) average than previously experienced. Not surprisingly, the range of prices we forecast for this new era was also very wide. The purpose of this post is to take a more detailed look at the distribution of corn, soybean, and wheat prices we expect in this new era. 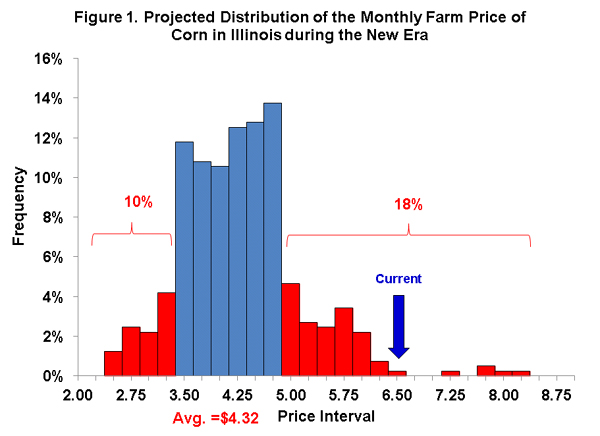 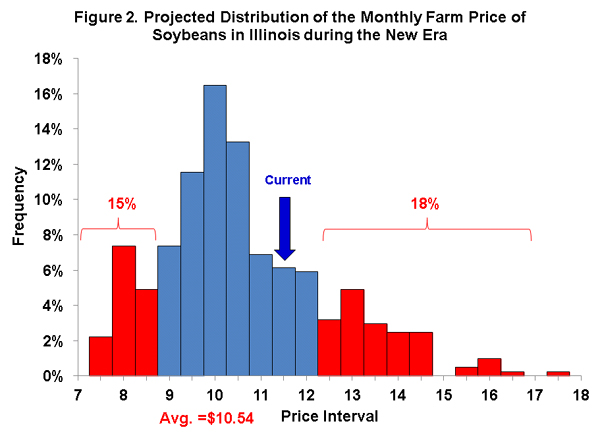 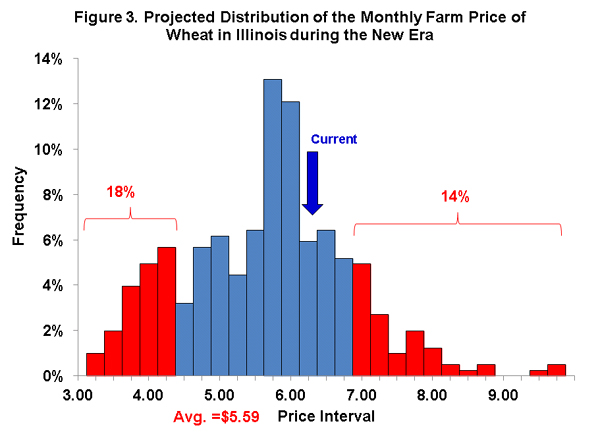 Note that the categories were picked so that low and high prices occurred with about a 1 in 5 to 1 in 10 chance. Of course, it is important to keep in mind that these rules of thumb are no better than the projected distributions which they are based upon. We basically assumed that historical variation in prices will continue in the future, albeit at higher price levels.

Given the usual caveats, what does this imply for marketing old and new crop bushels today? With old crop prices about $6.50 and new crop around $5.25, the projected distributions indicate excellent pricing opportunities for corn. From a historical perspective, corn prices are clearly in the upper part of the distribution. Soybean and wheat prices are not high based on the distributions but they are nonetheless above the average projected for the new era.

As a final point, we think it is important not to forget how low prices can go even in this new era of substantially higher average prices. The projected distributions indicate there is a non-negligible chance of corn prices below $3.50, soybean prices below $9.00, and wheat prices below $4.50.