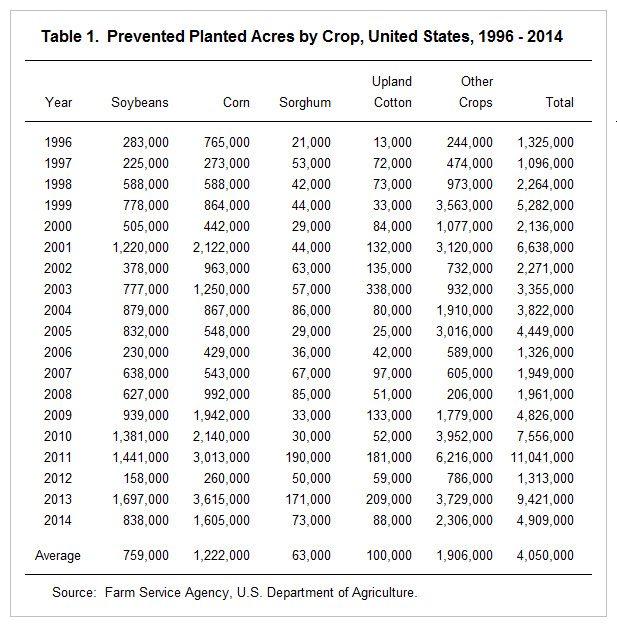 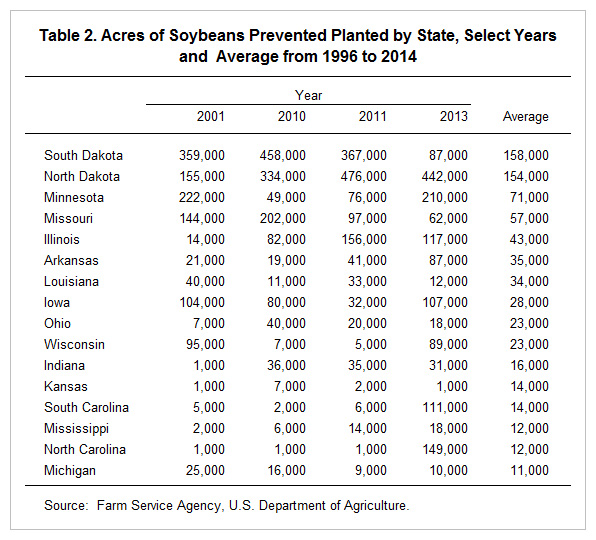 On the other hand, soybeans plantings are notably behind in Missouri, Kansas, Kentucky, Tennessee, and North Carolina. Missouri appears to be the epicenter of late plantings. On June 21, USDA reported that only 51% of soybean acres were planted (see here). Missouri was projected to plant 5,650,000 acres in 2015 (see 2015 Prospective Planting Report), suggesting that roughly 2,500,000 acres remain to be planted in Missouri. 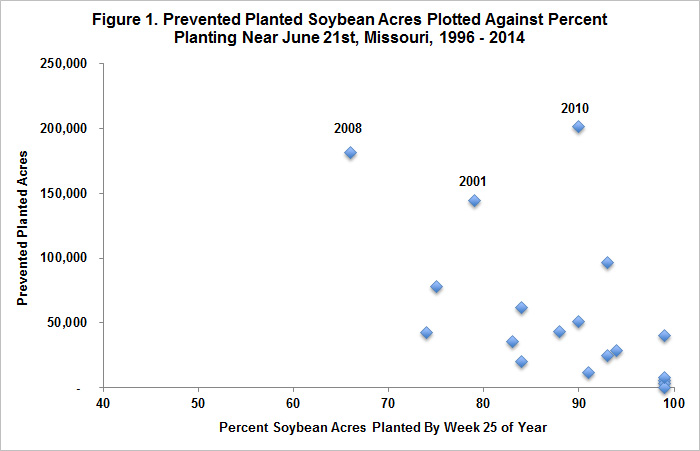 The 51% of soybeans planted in Missouri by week 25 is below the lowest observation of 66% from 1996 to 2014, suggesting that a large number of acres will be prevented from planting in Missouri. However, soybeans can be planted quickly if weather patterns change. As a matter of perspective, the highest prevented planted soybeans acres in any state from 1996 to 2014 were 476,000 acres (North Dakota in 2011). Having over 500,000 prevented planted soybean acres in any state has not been observed since 1996. Having over 1,000,000 acres would be an extreme outlier.

A large number of soybean acres likely will be prevented planted in 2015. Of course, the exact amount of prevented planting will be determined by weather going forward. Planting progress in Missouri, Kansas, Kentucky, Tennessee, and North Carolina will determine how large prevented planted acres for soybeans will be in 2015. Much of the attention will focus on Missouri. 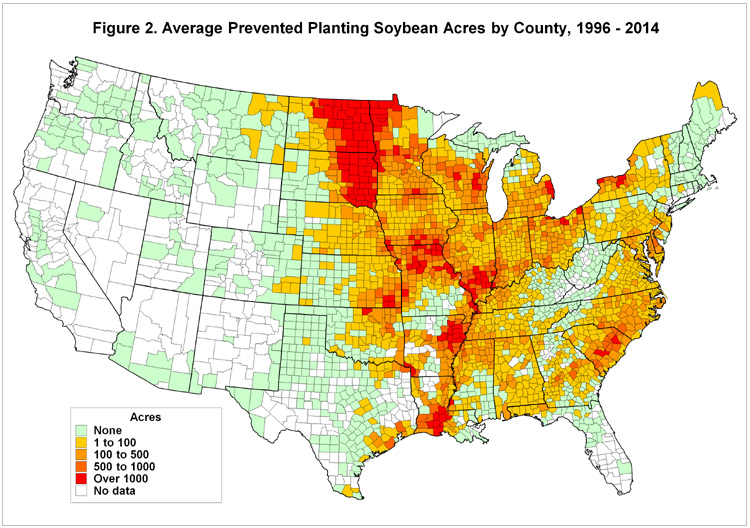