Crop insurance guarantees for Revenue Protection (RP) will be well below total costs for corn and soybeans across the Midwest in 2016 unless harvest prices are dramatically above projected prices. Guarantee have decreased from 2012 through 2016, causing the difference between total costs and guarantee levels to increase over time. The difference between costs and guarantees will not shrink until a combination of higher prices or lower costs occurs.

Revenue Protection (RP) is the most popular crop insurance product, being used to insure 76% of the acres planted to corn in 2015 (farmdoc daily, January 20, 2016). RP is a revenue insurance whose guarantee will increase if the harvest price is above the projected price. The mathematical form of the guarantee is:

Coverage level is selected by the farmer. It ranges from 50% to 85% in 5% increments. 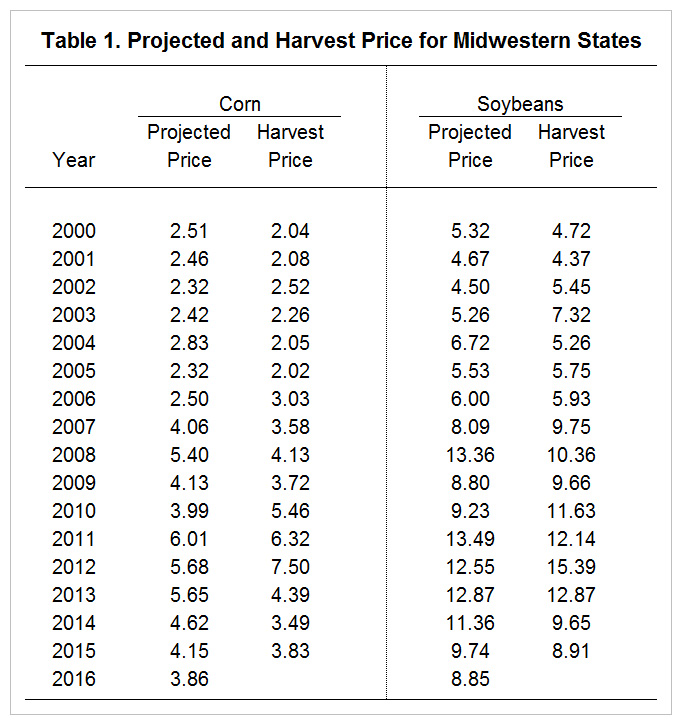 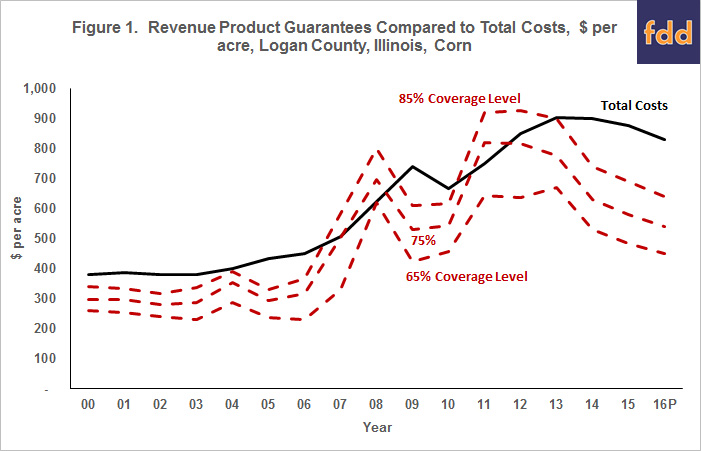 Figure 1 also includes total costs for producing corn on farmland that is cash rented (taken from Revenues and Costs of Corn, Soybeans, Wheat, and Double-Crop Soybeans). Note that total costs increased until 2013, and then have remained relatively stable. Revenue guarantees for 85% coverage levels exceed total costs in three years: 2007, 2009, and 2011. These years were unusual: Prices had risen while costs had not reached their highest levels, leaving guarantees above total costs.

Higher harvest prices could increase guarantees to the level of total costs. At an 85% coverage level, a harvest price above $4.98 per bushel would result in a guarantee equal to $830 per acre, the estimate of total costs in 2016. A $4.98 price is 29% higher than the $3.86 projected price. Since 1972, October settlement prices were more than 29% higher than projected prices in only two years: 1988 and 2012. In both years, severe droughts occurred in the Midwest. While a drought of that size is possible, chances are that a drought that size will not happen. 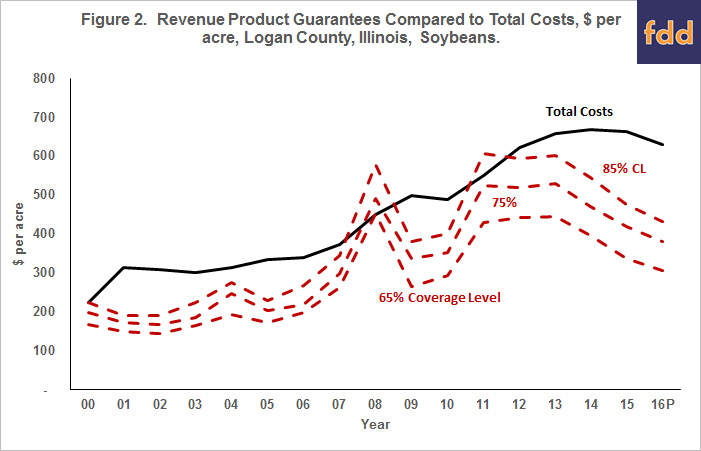 Guarantees and Costs in Other States

RP guarantees being below costs is a widespread situation. Guarantees were calculated using average APH yields for various states. Total costs are above guarantees for all states for corn (see Table 2) and soybeans (see Table 3). 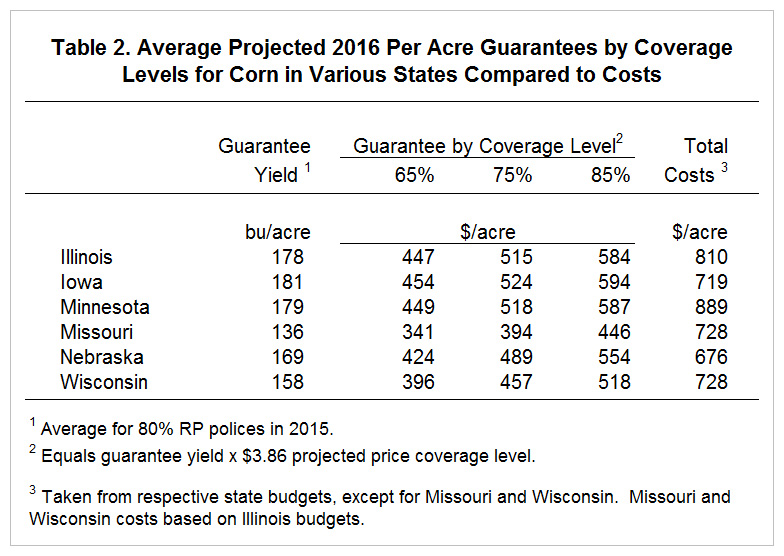 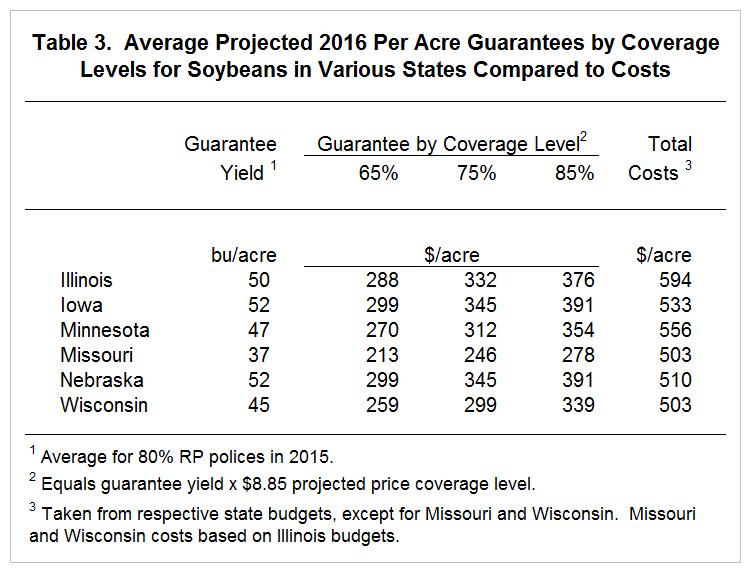 Crop insurance is an important Federal safety net program. One characteristic of crop insurance is that the projected price resets each year based on market conditions that exist during that year. Decreasing projected prices in recent years now result in guarantees being much lower than total costs, placing farmers at high risks of losses. Farmers will face the potential of high losses in the future until a combination of higher prices or lower total costs occurs.

Schnitkey, G. "Crop Insurance Premiums and Use in 2015 and 2016." farmdoc daily (6):12, Department of Agricultural and Consumer Economics, University of Illinois at Urbana-Champaign, January 20, 2016.

Schnitkey, G. "Revenue and Costs for Corn, Soybeans, Wheat, and Double-Crop Soybeans, Actual for 2009 through 2014, Projected 2015 and 2016." Department of Agricultural and Consumer Economics, University of Illinois at Urbana-Champaign, December 2015.