Revenue Protection (RP) is the most used crop insurance plan for corn. Over time, RP use has grown to over 90% of corn acres insured in many counties in the corn belt (farmdoc daily, December 13, 2016). As illustrated by maps in this article, farmers in the corn belt typically select 80 and 85% coverage levels when using RP. Detailed statistics on a county basis are available from the “product use” section of the 2017 Crop Insurance Decision Tool). Overall, use suggests farmers prefer revenue insurances that allow guarantees to increase if harvest prices are above projected prices. Use of high coverage levels suggests farmers value protection offered by crop insurance.

According to 2016 Summary of Business statistics from the Risk Management Agency (RMA), RP use on corn acres is over 95% in most counties around the western corn-belt. For example, over 95% use predominates in North Dakota, South Dakota, Minnesota, Kansas, Iowa, and Missouri (see Figure 1). 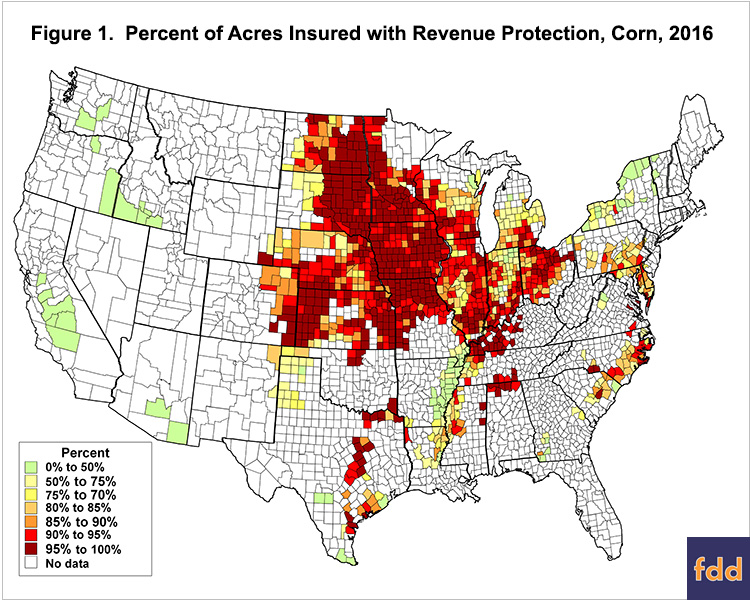 Some counties outside the corn belt have more use of Yield Protection (YP) insurance, a yield insurance. For example, higher YP use occurs along the Mississippi River in Mississippi, Arkansas, and Louisiana (see Figure 1). Take Bolivar County, Mississippi as an example. RP is used to insure 71% while YP is used on 29% of the acres. Besides the Mississippi Delta, more use of YP also occurs in:

By far, RP is the plan most used to insure corn. In some areas, predominately in the eastern corn belt, ARP has significant use, with RP and ARP being used on over 90% of corn acres. In areas outside the corn belt, RP use often is above 50% of acres, but YP has a higher percentage of acres than in the corn belt. 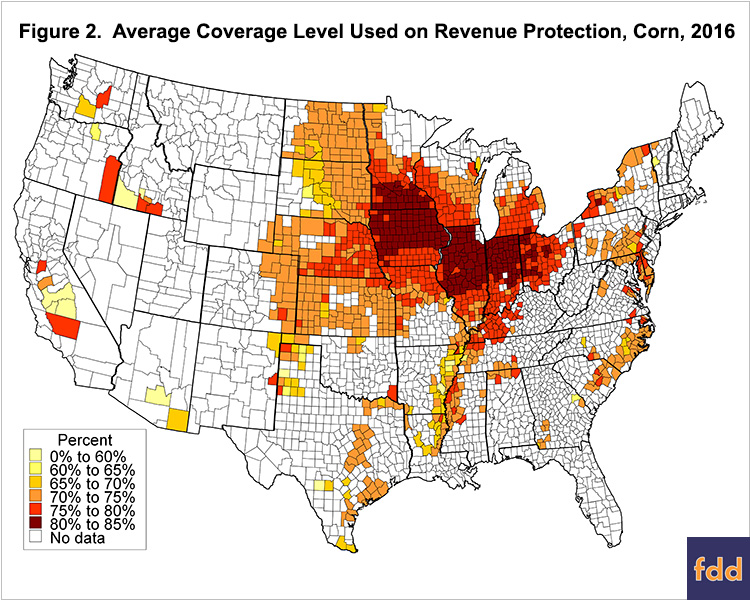 More detail on crop insurance use is available from the 2017 Crop Insurance Decision Tool, a Microsoft Excel spreadsheet available for download from farmdoc. In the “product use” section, users make a state, county, and crop selection. Then, product use details are given. 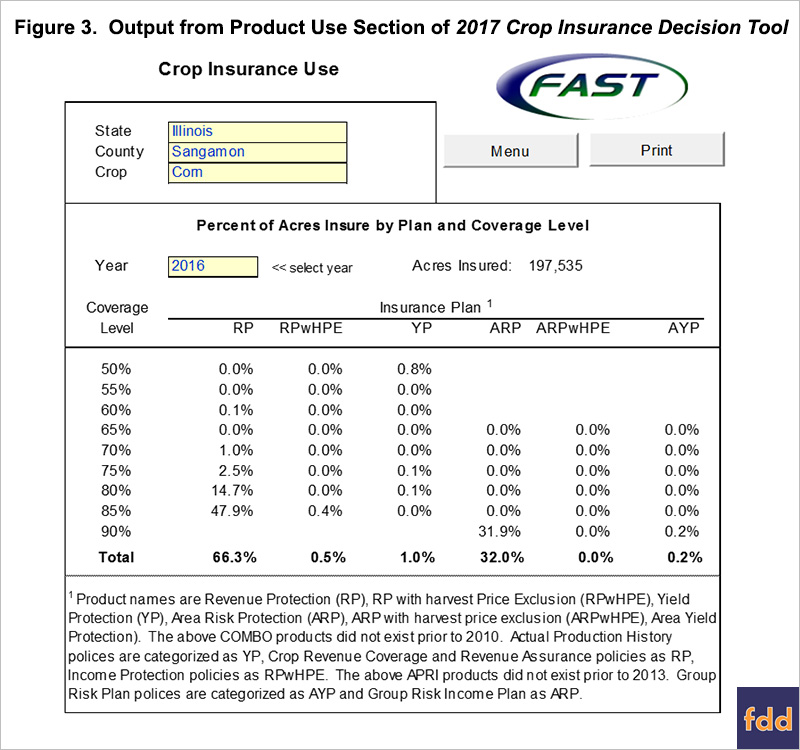 Figure 3 shows these use statistics for 2016. Users can change the year to any year from 1995 onward. The product use section of the 2017 Crop Insurance Decision Tool also includes graphs detailing crop insurance use over time.