Many of you are in the midst of preparing financial statements for 2016. It is important to take the time to prepare a complete and accurate set of financial documents that include an accrual income statement and a balance sheet. Those two documents…or better yet, a series of those two documents from several years provide valuable financial facts about your farm business. The accrual income statement measures the net revenue income that results from the fruits of your management skills and the local/global economic environment in which your farm operates. Your balance sheet (at fair market value or FMV) is a ‘stock’ measure at a point in time (usually 31Dec20xx) of the assets in your farm business and the claims of ownership (via debt or equity) on those assets. There is no substitute for a good set of financial records that can be used to make decisions. 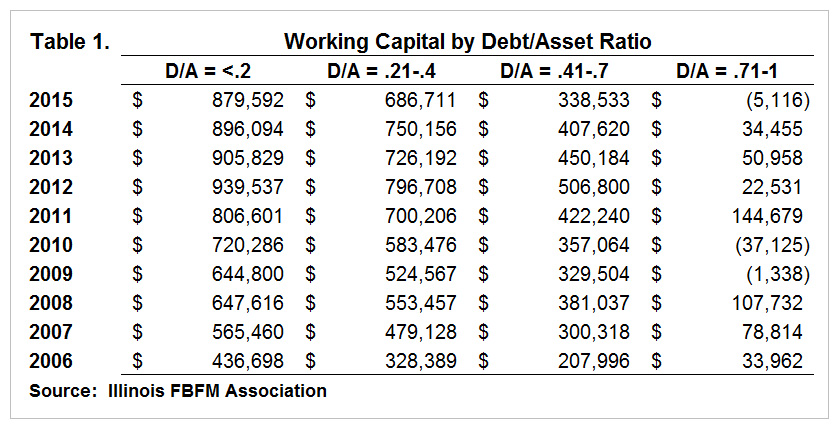 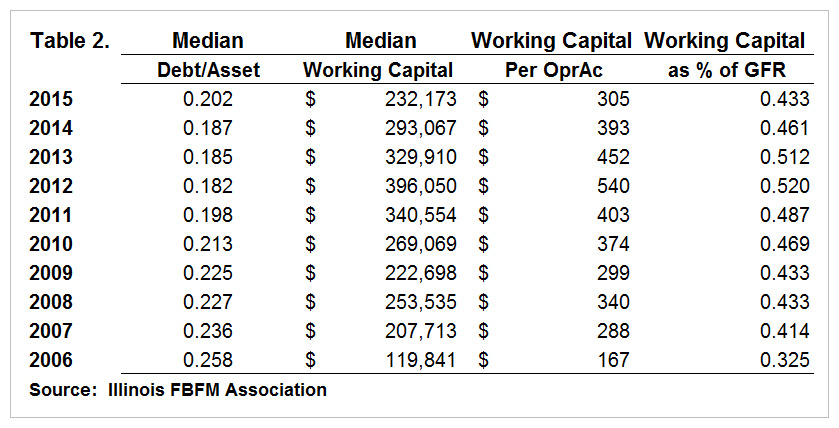 The authors would like to acknowledge that data used in this study comes from the local Farm Business Farm Management (FBFM) Associations across the State of Illinois. Without their cooperation, information as comprehensive and accurate as this would not be available for educational purposes. FBFM, which consists of 5,700 plus farmers and 64 professional field staff, is a not-for-profit organization available to all farm operators in Illinois. FBFM staff provide counsel along with recordkeeping, farm financial management, business entity planning and income tax management. For more information, please contact the State FBFM Office located at the University of Illinois Department of Agricultural and Consumer Economics at 217.333.5511 or visit the FBFM website at www.fbfm.org.

Langemeier, M., and A. Featherstone. "Examining Trends in Liquidity for a Sample of Kansas Farms." farmdoc daily (6):124, Department of Agricultural and Consumer Economics, University of Illinois at Urbana-Champaign, July 1, 2016.

Schnitkey, G. "Working Capital Changes Projected for Grain Farms in 2016: Before and After Recent Price Changes." farmdoc daily (6):117, Department of Agricultural and Consumer Economics, University of Illinois at Urbana-Champaign, June 21, 2016.