Differences in returns and costs are compared for farms of higher than average profitability to average profitability farms. This analysis was conducted in McLean County, Illinois for farms having high-productivity farmland. Farms with higher profitability tended to have lower costs, particularly in the machinery depreciation and non-land interest categories. Higher profit farms had higher revenue due to slightly higher soybean yields and slightly higher soybean prices. 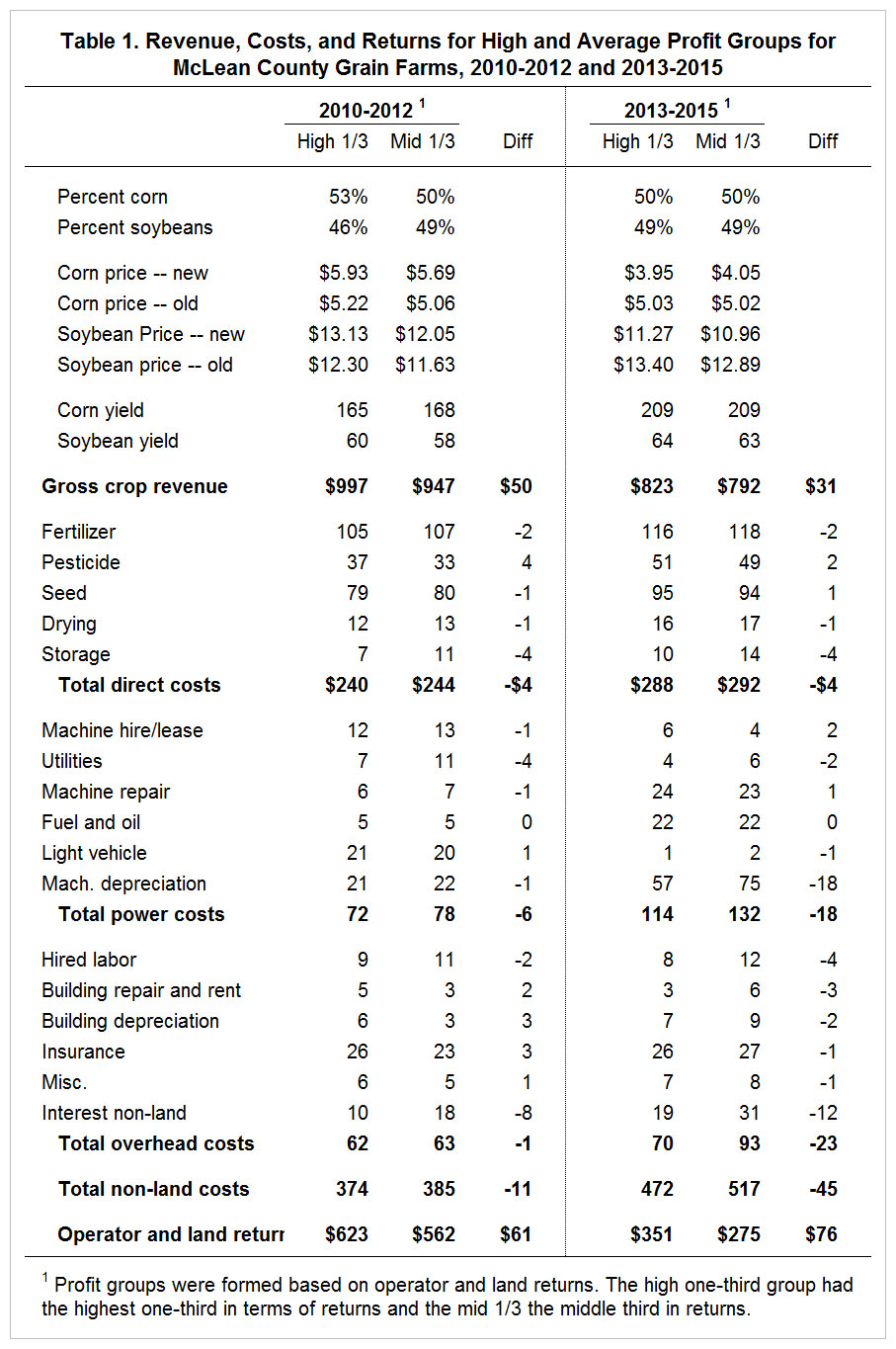 The two costs with the largest differences between the two groups are:

Other costs categories where noticeable differences existed include:

Differences in returns existed over time. For this set of farms, factors causing those differences include higher revenues related to slightly higher soybean yields and prices. Costs were lower for the high one-third farms. Much of the cost difference was related to machinery related items.

Data used in this study comes from the local Farm Business Farm Management (FBFM) Associations across the State of Illinois. Without their cooperation, information as comprehensive and accurate as this would not be available for educational purposes. FBFM, which consists of 5,700 plus farmers and 60 professional field staff, is a not-for-profit organization available to all farm operators in Illinois. FBFM staff provide counsel along with recordkeeping, farm financial management, business entity planning and income tax management. For more information, please contact the State FBFM Office located at the University of Illinois Department of Agricultural and Consumer Economics at 217.333.5511 or visit the FBFM website at www.fbfm.org.

Schnitkey, G., N. Paulson, and D. Lattz. "How Hard is it to be Above Average in Farming?" farmdoc daily (7):98, Department of Agricultural and Consumer Economics, University of Illinois at Urbana-Champaign, May 26, 2017.