Illinois farmers have been planting more soybeans since 2013. This increase in soybeans comes after an increase in corn acres beginning in 2006 and ending in 2012 (farmdoc daily, March 21, 2017). Corn and soybean acre shifts have not been the same across all Illinois farms. In general, farms with more than 5000 acres in northern and central Illinois have shifted acres more than farms with fewer acres. Compared to northern and central Illinois, acre shifts have been smaller in southern Illinois. 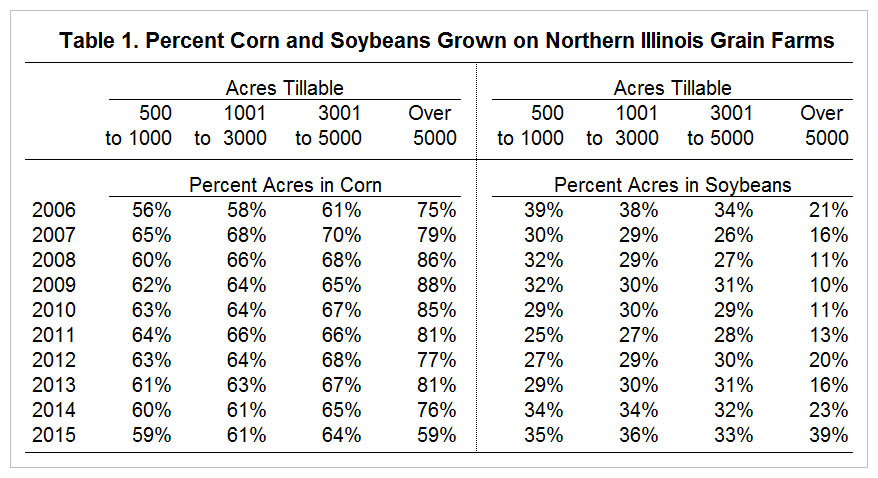 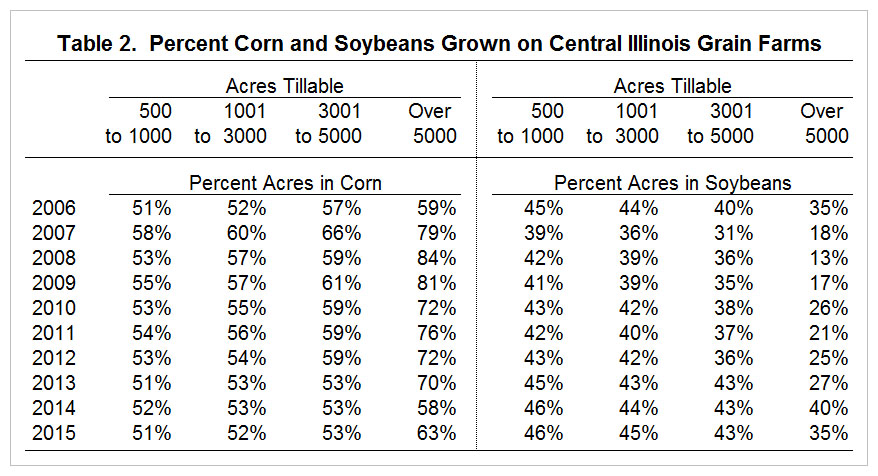 Why this might be is open to speculation. Northern Illinois farms have raised more corn than soybeans for many years. Historically, more livestock has existed in northern Illinois, potentially leading to more intense corn rotations. 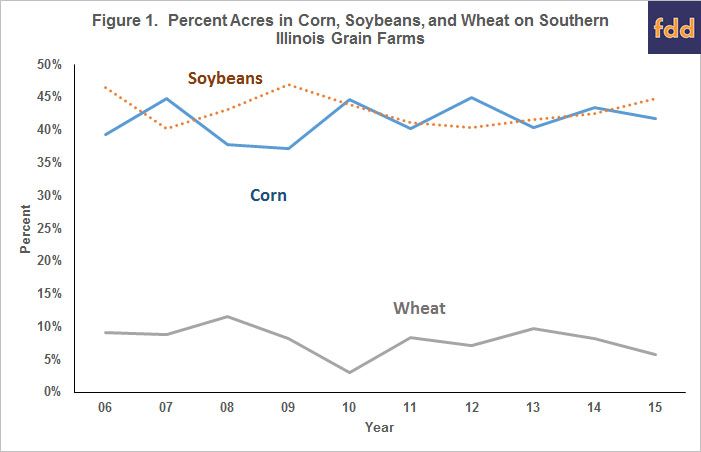 Most wheat acres in southern Illinois are double-cropped. Double-crop soybean acres as a percent of wheat acres typically are near 90% in most year (see Figure 2). Variations in this percentage over time likely are the result of growing conditions during a particular year. 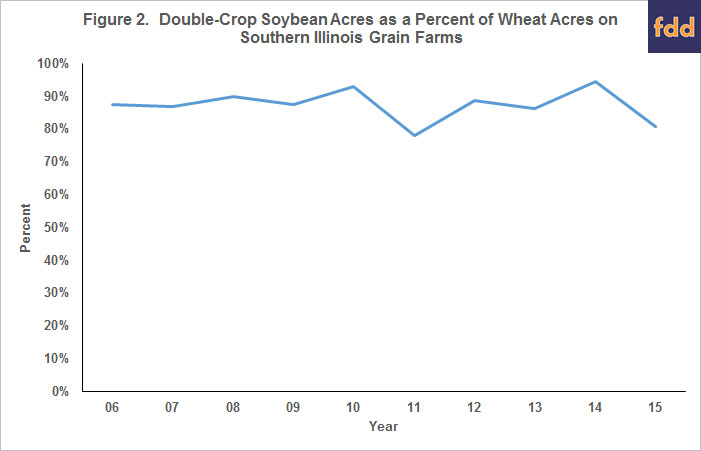