A model of a representative Iowa ethanol plant is used to track the profitability of ethanol production. It is the same basic model that has been used the last several years in numerous farmdoc daily articles on ethanol markets and policy (e.g., January 6, 2016). The model is meant to be representative of an “average” ethanol plant constructed in the last decade. There is certainly substantial variation in capacity and production efficiency across the industry and this should be kept in mind when viewing profit estimates from the model. Details on the latest vintage of the model can be found in the farmdoc daily article of February 1, 2017.

Figure 1 presents (pre-tax) estimates of ethanol production profits net of all variable and fixed costs on a weekly basis from January 26, 2007 through June 23, 2017. Net profits declined sharply in January 2017, moving as low as -$0.18 per gallon. Since that time, profits have recovered and peaked in recent weeks at $0.20 per gallon. The recovery of ethanol profits can be traced to a rise in ethanol prices that has slightly outpaced the rise in corn prices (Figure 2). The average profit to date in 2017, however, is only $0.01 per gallon. A significant factor pulling down ethanol profits is low DDGS prices, which have been below $100 per ton most of the time in 2017. These are some of the lowest prices of the last decade. 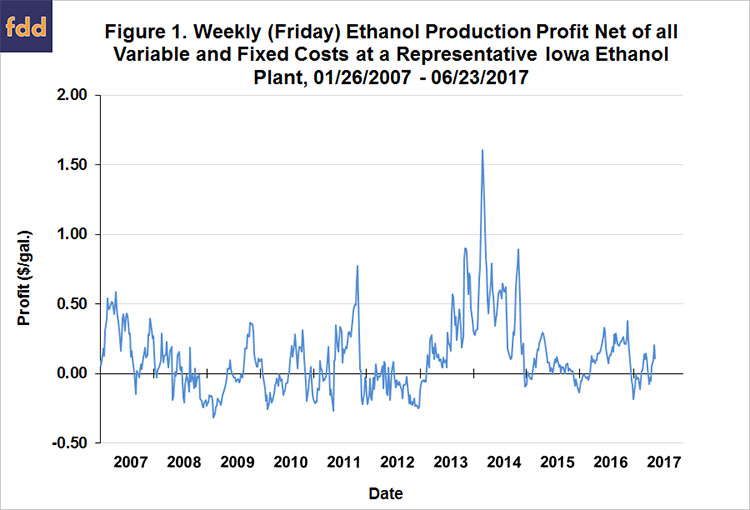 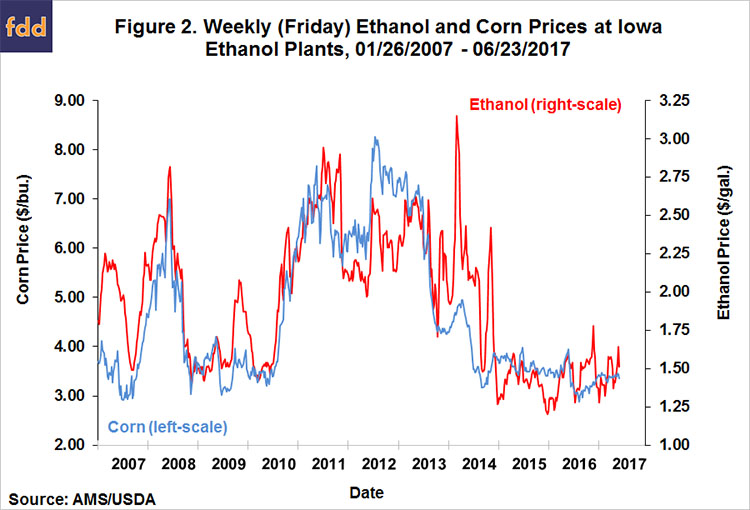 So, 2017 to date has essentially been a breakeven year for U.S. ethanol producers. This is in contrast to the rosier picture for biodiesel production profits. However, if ethanol production profits in the last few weeks can be maintained for the rest of the year, full year 2017 profits could be on par with 2016. With a largely stagnant domestic consumption outlook, recovery will likely depend on developments with regard to ethanol exports. Figure 4 shows that exports through March have continued very strong, but Brazil, the second largest import customer of the U.S. is considering imposing import duties to staunch the flow of U.S. imports. This could be a major drag on ethanol prices and profits in the second half of the year. On the positive side, Mexico recently announced a change in regulations to allow 10 percent ethanol blends throughout the country except in three large cities. 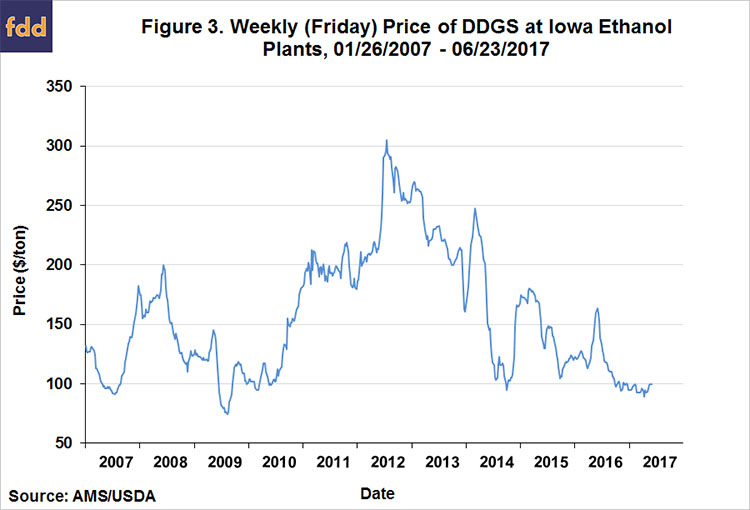 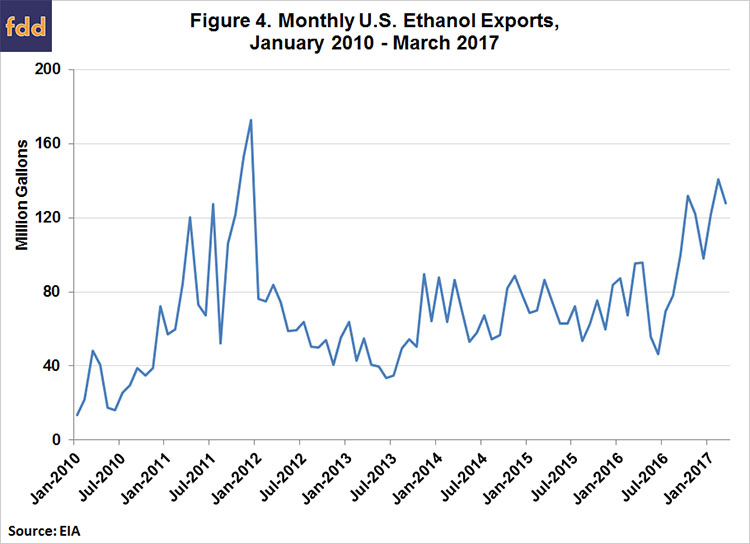 The U.S. ethanol production industry has had a run of positive profits since 2013 that has flown below the radar of many. The first half of 2017 interrupted this long string of healthy profits with average profits of only a penny per gallon. Whether this is merely a hiccup in the long-term trend of profitability likely depends on developments in the ethanol export market.