Worldwide demand for agricultural products will likely grow as higher incomes change diets around the world, especially in developing countries. Much of the ensuing increase in production will come from current areas of large production, including the U.S., South America, and Black Sea. To understand the potential growth in production, this article quantifies the role of yield and acreage changes in increasing corn, soybean, and wheat production around the world since 2000. It is motivated by an observation in the June 2, 2017 farmdoc daily article that the U.S. is more dependent on yield for increasing production. This observation is confirmed. Moreover, yield of corn and wheat has generally increased slower in the U.S. than other major exporters. A bright spot is that soybean yield increased nearly three times faster in the U.S. than South America. These findings suggest increasing yield growth is important if the U.S. to maintain its position as a major agricultural exporter. Also, production reductions associated with land retirement programs need to be considered carefully given a goal of increasing U.S. agricultural exports.

Harvested land, production, and exports, measured in physical units; were collected from the U.S. Department of Agriculture, Foreign Agriculture Service for Australia, Black Sea area (Kazakhstan, Russia, Ukraine), Canada, European Union (EU) (28 countries), South America, U.S., and world. The analysis starts with 2000. Not only is 2000 the turn of the century, but It approximately coincides with the end of the contraction in acreage in the Black Sea area after the breakup of the Soviet Union. Due to the variation in annual production caused by weather and other factors, averages are computed for the 2000-01 through 2002-03 (2000-02) and 2014-15 through 2016-17 (2014-16) crop years. The change in production between these two periods is partitioned into the percent change due to (1) change in harvested land, (2) change in yield, and (3) interaction of these two changes (see data note 1 for additional discussion of this method). 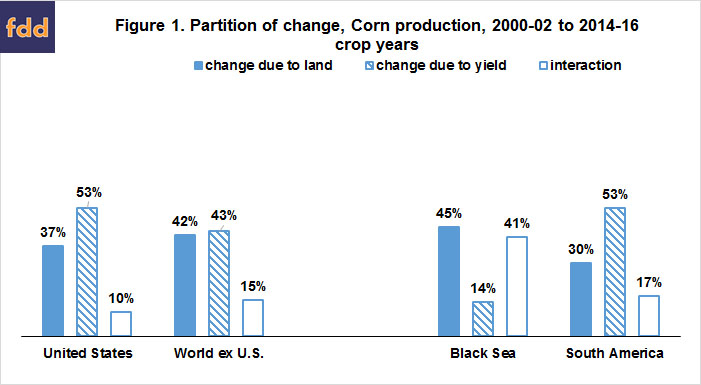 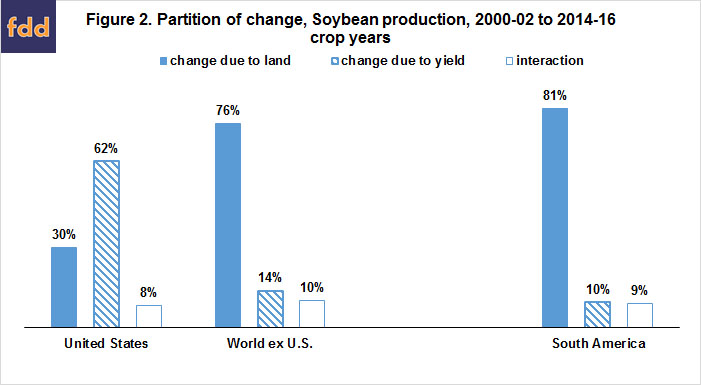 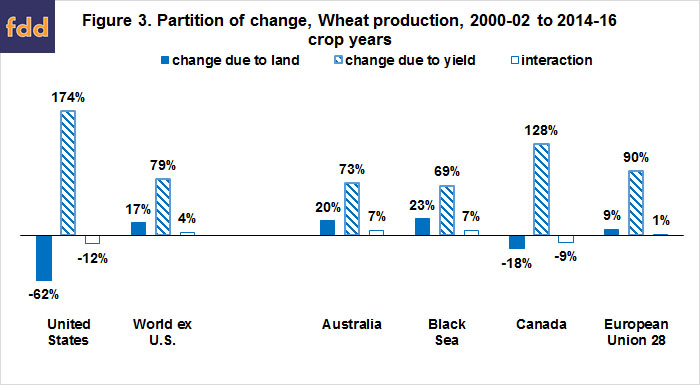 Yield Growth: Since 2000, the percent increase in U.S. corn yield was less than half that of South America and less than one-third that of the Black Sea area (see Figure 4). In contrast, soybean yields increased nearly 3 times faster in the U.S. than in South America (see Figure 5). Wheat yields grew slightly more in U.S. than the EU (19% vs. 17%) but less than in the Black Sea area (30%), Australia (34%), and Canada (54%). Yield increases were more important for expanding wheat production than corn and soybean production across the major exporters of each crop. Since 2000, yield increases accounted for a minimum of 69% of the increase in wheat production for major wheat exporters (see Figure 3), which exceeds the role of increasing yield in expanding U.S. corn and soybean production. 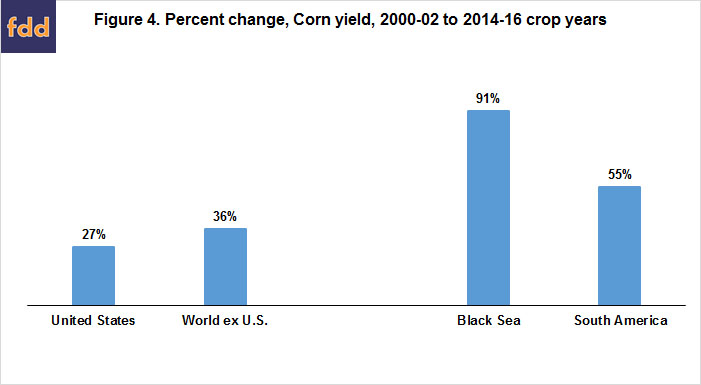 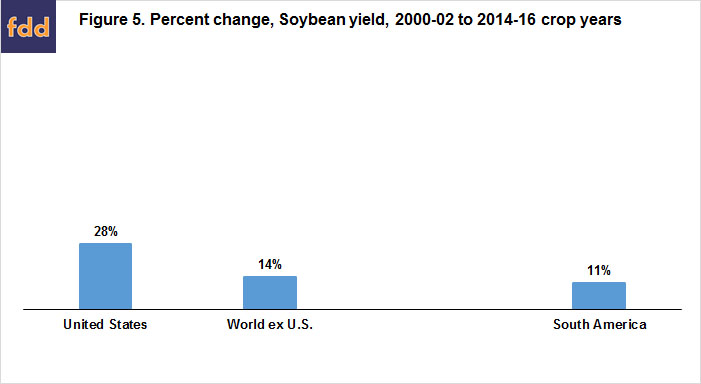 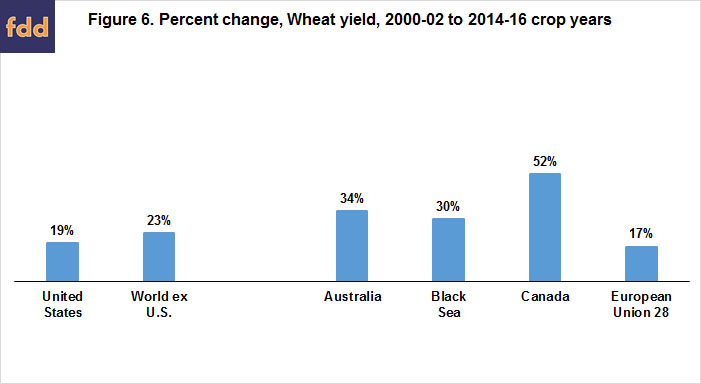 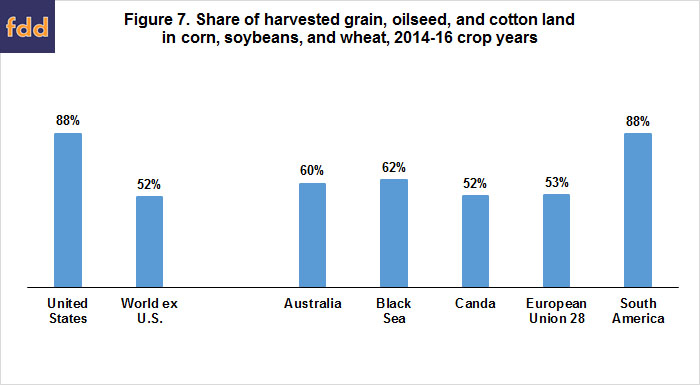 Coppess, J. "Historical Background on the Conservation Reserve Program." farmdoc daily (7):82, Department of Agricultural and Consumer Economics, University of Illinois at Urbana-Champaign, May 4, 2017.

Zulauf, C., A. Lines, and N. Pryshliak. "Spanning the Globe - Corn, Soybean, and Wheat Production and Exports since 2000: Focus on the Black Sea Area and the U.S." farmdoc daily (7):102, Department of Agricultural and Consumer Economics, University of Illinois at Urbana-Champaign, June 2, 2017.