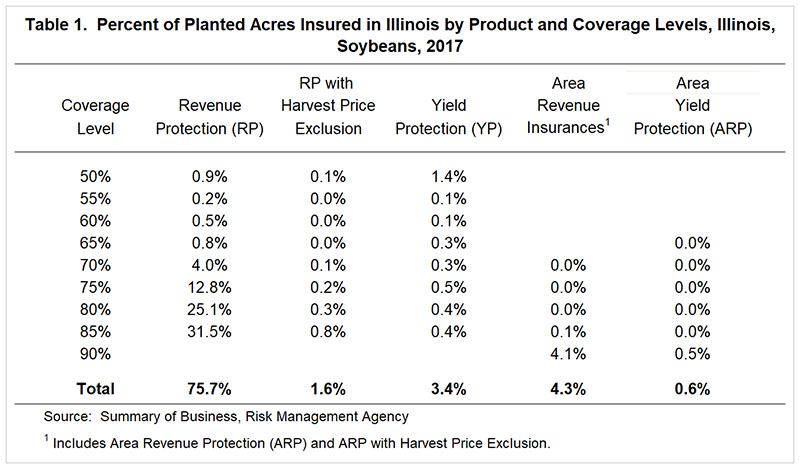 RP is revenue insurance whose guarantee increases if the harvest price is above the projected price. Another revenue insurance — RP with the harvest price exclusion (RPhpe) — does not have the guarantee increase. Because it does not have the guarantee increase, RPhpe has premiums that are roughly half those of RP (see Table 2). At the 85% coverage level, RP has a $13.46 per acre premium versus a $7.84 per acre premium for RPhpe. A farmer who usually purchases an 85% RP policy ($13.46), could reduce premiums by reducing the RP coverage level to 80% ($6.32) or by buying an 85% RPhpe policy ($7.84). Further premium reductions could be made by using both strategies and purchasing an 80% RPhpe policy ($3.69). 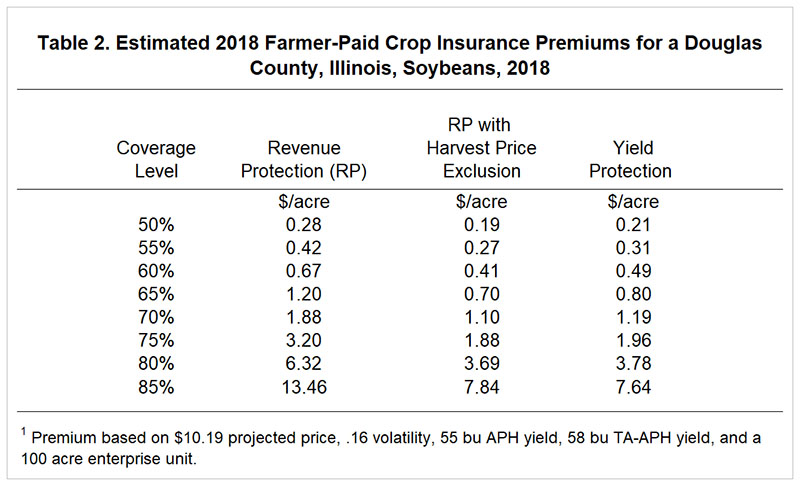 The impacts of the harvest price exclusion are shown Table 3, which shows farmer-paid premiums and insurance payments from all 85% coverage level for RP (Panel A) and RPhpe (Panel B) products sold in Illinois for soybeans. Table 3 begins with payments in 2011, the year in which the COMBO product came into existence and introduced the RP and RPhpe plans of insurance. Payments are shown through 2016, the last year for which complete insurance payment data is available. For the 2011-2016 period, harvest prices exceeded projected prices in two years: 2012 ($12.55 projected price versus $15.39 harvest price) and 2016 ($8.85 projected price versus $9.75 harvest price).

There are, however, large difference across years. In 2012 there was a large drought resulting in a higher harvest price than a projected price. As a result, RP policies averaged $47.07 in payments compared to $11.42 for RPhpe (see Table 3). In that year, RPs payment minus premium was $27.59 compared to -$.14 for RPhpe. In drought years such as 2012, RP will make much larger payments than RPhpe. On the other hand, RPhpe had higher average payments minus farmer-paid premiums in all other years. 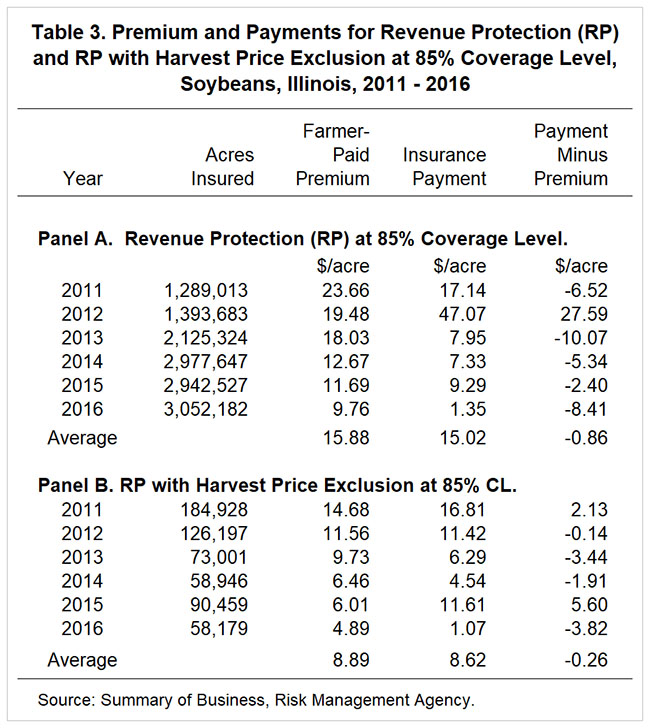 Eliminating crop insurance all together does not seem prudent. At lower coverage levels, premium costs are relatively low, particularly for northern and central Illinois. At lower coverage levels, insurance payments have exceeded farmer-paid premiums on average across Illinois. And agriculture still is a risky business with many yield and price unknowns.