The National Agricultural Statistical Service (NASS) released county yields for 2017 (released February 22 on NASS’s Quick Stats website. With these NASS yields, fairly accurate estimates of 2017 Agricultural Risk Coverage at the county level (ARC-CO) payments can be made. We present U.S. maps showing estimated payments per base acre for corn, soybeans, and wheat. A table showing estimated payments per county in Illinois also is given.

ARC-CO payments for 2017 will be made in October 2018. At this point, 2017 payments presented in this article are estimates. Actual payments will vary from those presented here for three reasons: 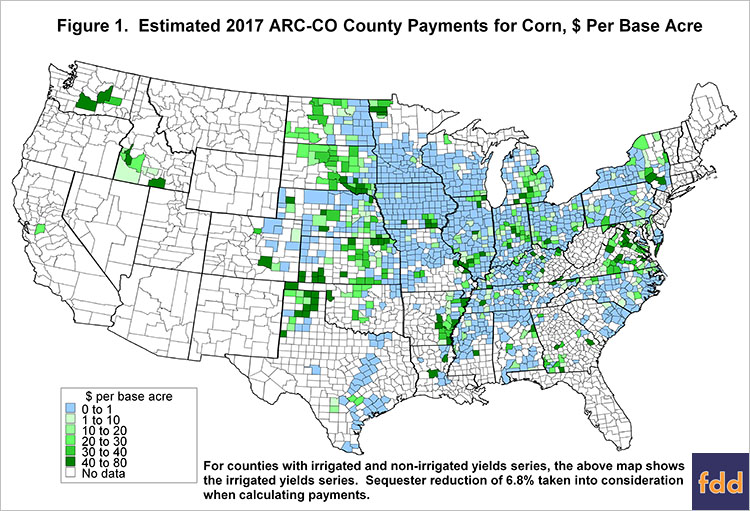 Fewer counties are receiving 2017 payments than in 2016 (see farmdoc daily, October 6, 2017). ARC-CO uses five-year Olympic averages in calculating benchmark prices and benchmark yields. By design, benchmark prices will decline in periods of low MYA prices. As a result, benchmark prices used to set guarantees for corn have been coming down, resulting in fewer payments. The 2016 benchmark price was $4.79 compared to a $3.95 price in 2017. Moreover, yields were above average over much of the United States in 2017.

Geographical areas were ARC-CO will make payments in many counties in 2017 include western North and South Dakota; central Kansas; border counties along the Wisconsin-Illinois border; eastern Indiana, western Ohio, and Michigan; and western Pennsylvania (see Figure 2). 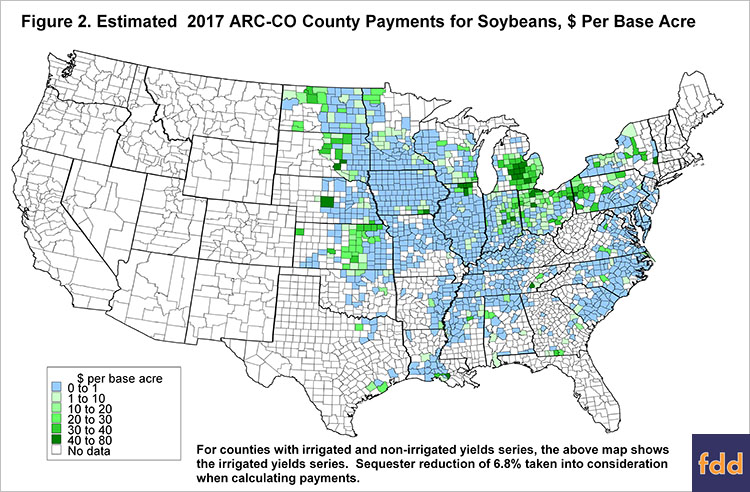 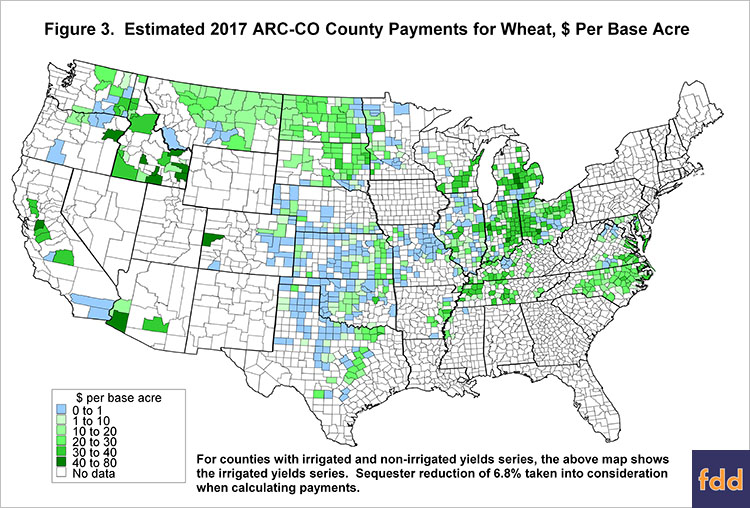 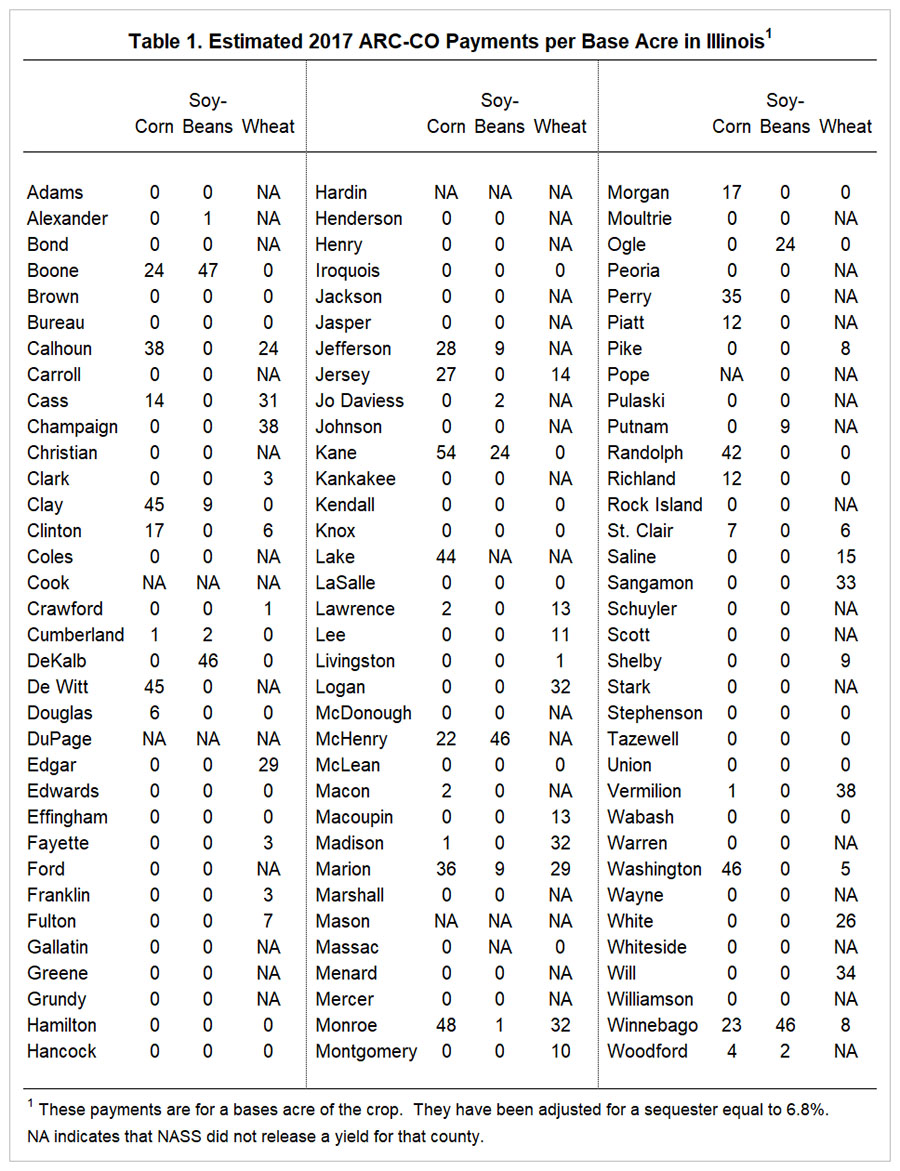 Because final yields and prices are not yet known, actual ARC-CO payments can vary from estimates shown in this article. ARC-CO will make payment in fewer counties for 2017 production. In many cases, payments will be lower as well.