In the context of U.S. commodity policy, “other oilseeds” include canola, crambe, flaxseed, mustard seed, rapeseed, safflower, sesame seed, and sunflower seed, as well as “any oilseed designated by the Secretary” (P.L. 113-79, sec. 1111(12)).  What makes “other oilseed” policy informative and interesting is that a single reference price applies to all “other oilseeds” even though their prices differ notably, in part because they have different product attributes that match different but related market segments.  As a result, PLC (Price Loss Coverage) becomes a “first among equals” policy that clearly favors some of the “other oilseeds.”  Issues and observations that arise from this policy are discussed. 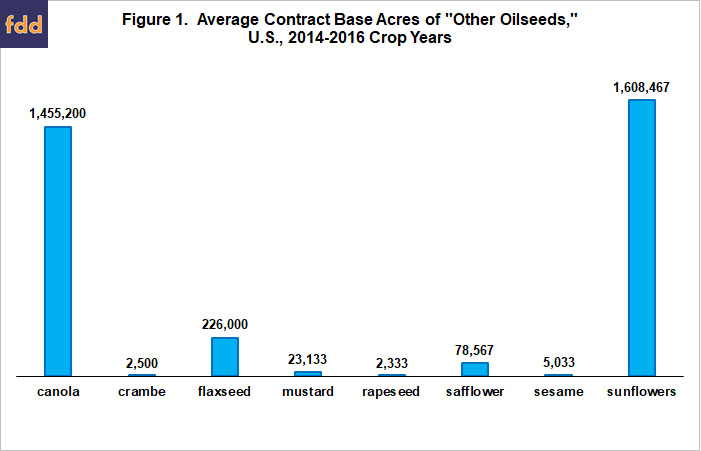 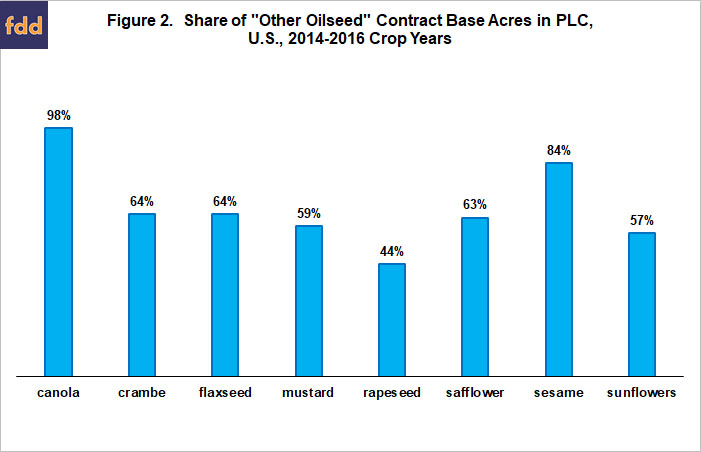 Given that the relationship between a common reference price and market prices varied notably at the time the 2014 farm bill was being written (see Figure 3), it is not surprising that PLC payment per contract base acre has also varied notably under the 2014 farm bill.  Highest cumulative payment for the 2014-2016 crops is $134 per acre for canola (see Figure 4).  Lowest is $0, which includes the 4 crops with the lowest reference-to-market ratio in Figure 2 (rapeseed, sesame, mustard, crambe).  Safflower also has no payment from PLC, but payments appear likely for the 2017 crop.  Its estimated 2017 crop year price is currently 8% below the reference price.  As a comparison, ARC payment per contract base acre for 2014-2016 range from $34 for flaxseed to $1 for crambe. 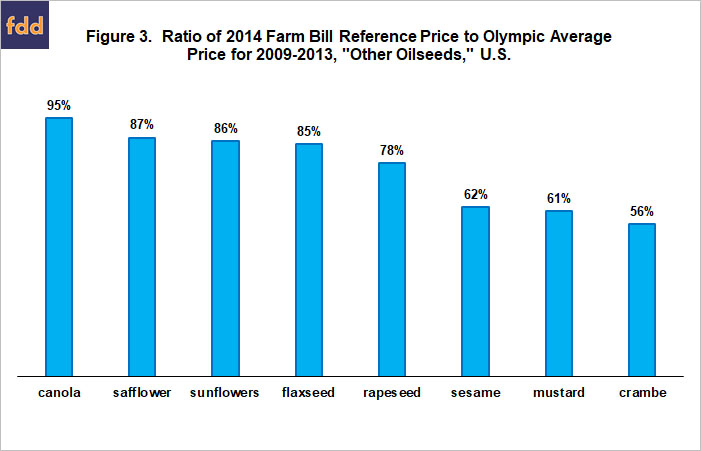 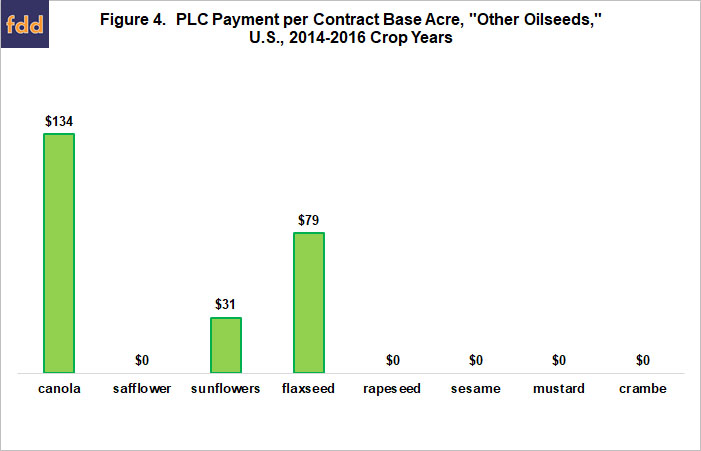 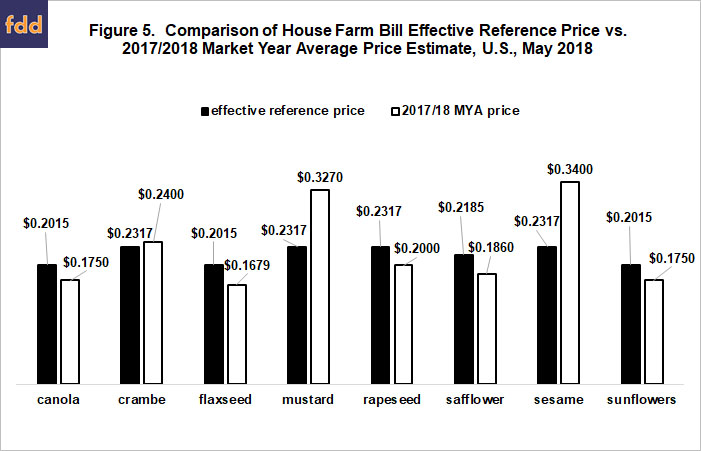