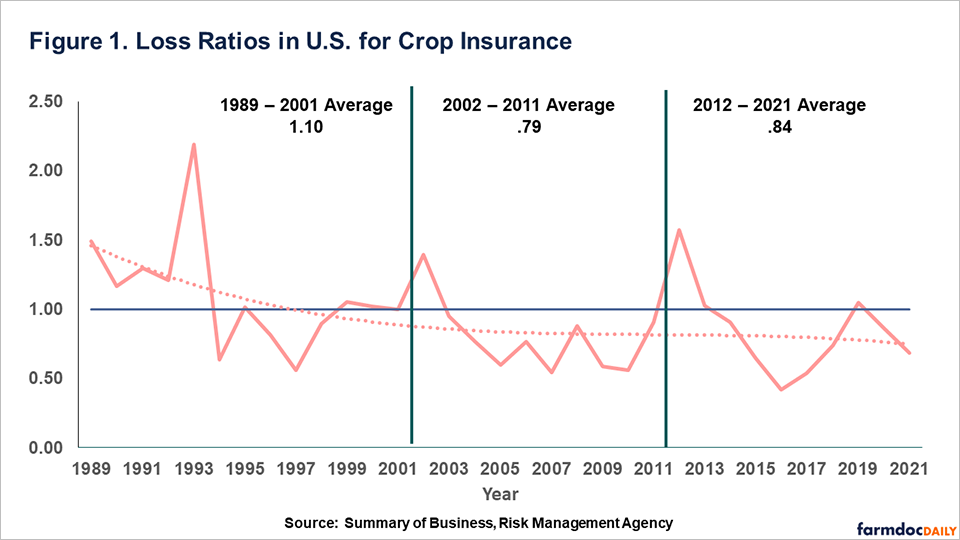 Loss ratios in Figure 1 are divided into three periods:

RMA has been meeting its goal of maintaining an overall loss ratio below 1.0. Individual crops, however, could be above or below the 1.0 benchmark.

Evaluation of Loss Ratios by Crop

Individual crop loss ratios were evaluated, with a particular emphasis on the periods: 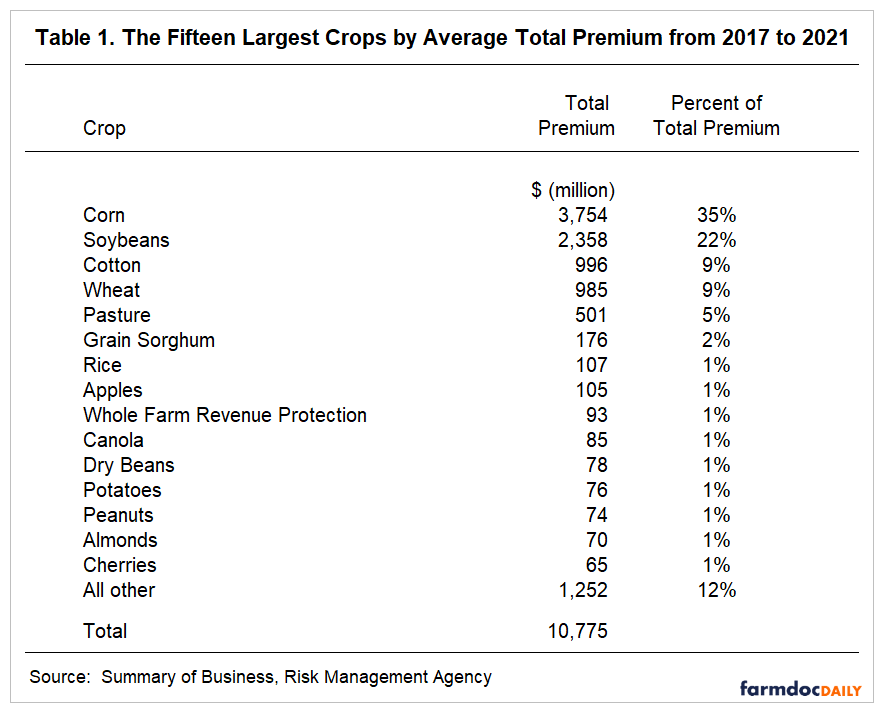 The top 15 crops account for 89% of the total premium in the last five years. The remaining 11% of premiums is spread over 120 other crops. 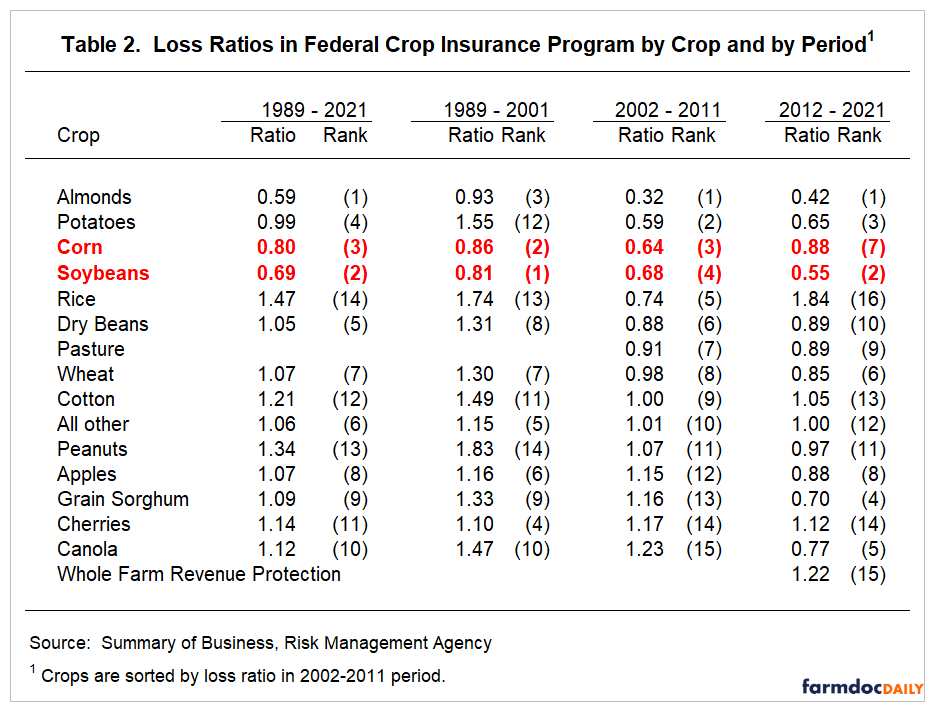 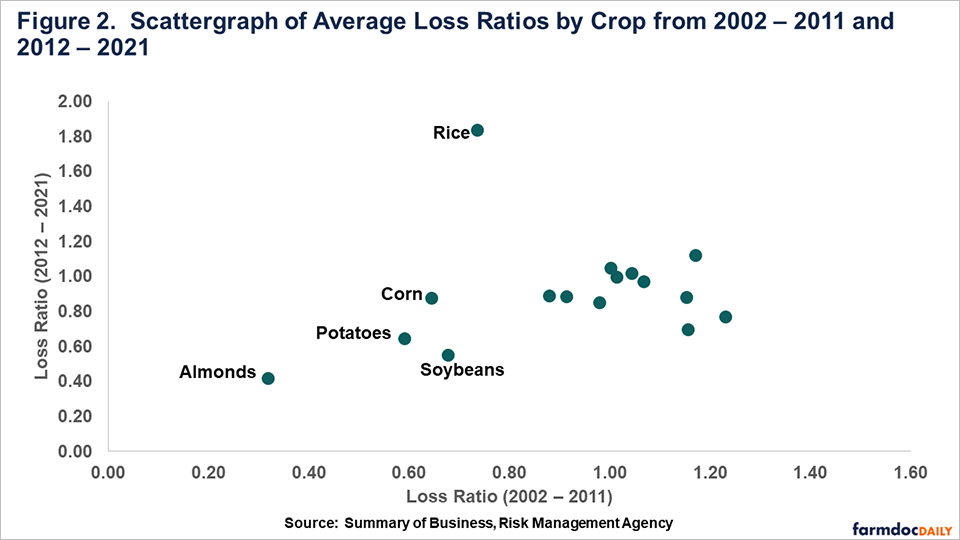 Four of the 15 crops with the highest premium in recent years stand out as having low loss ratios: almonds, soybeans, potatoes, and corn. Soybeans and corn – the two crops with the largest premium – have loss ratios well below the 1.00 benchmark, even after a ratings evaluation that took effect in 2012. For RMA to maintain their loss goal, the overall loss ratio for corn and soybeans cannot be underrated given the large role of these two crops in the program. Still equity arguments can be made that all crops should have roughly the same ratio. Both soybeans and corn have relatively low loss ratios, and soybeans has a very low loss ratio.