Base acres are an early discussion topic for the next farm bill (farmdoc daily, August 26, 2022).  Current base acres date to the 2014 farm bill.  This farm bill gave farmers the option to keep their existing allocation of base acres across program commodities or to reallocate existing base acres according to average annual acres considered planted to program commodities during the 2009-2012 crop years (farmdoc daily, July 24, 2014).  New base acres were not permitted.  We estimate that the 2014 farm bill reallocation increased commodity program payments by $1.1 billion (4.8%) over the five years of the 2014 farm bill.  An increase in payments was expected.  It is widely accepted that maximizing program payments is a key consideration in farmers’ program decisions (Young, et al., September 2005 and farmdoc daily, January 26, 2022).  No expectation existed on the size of the increase. 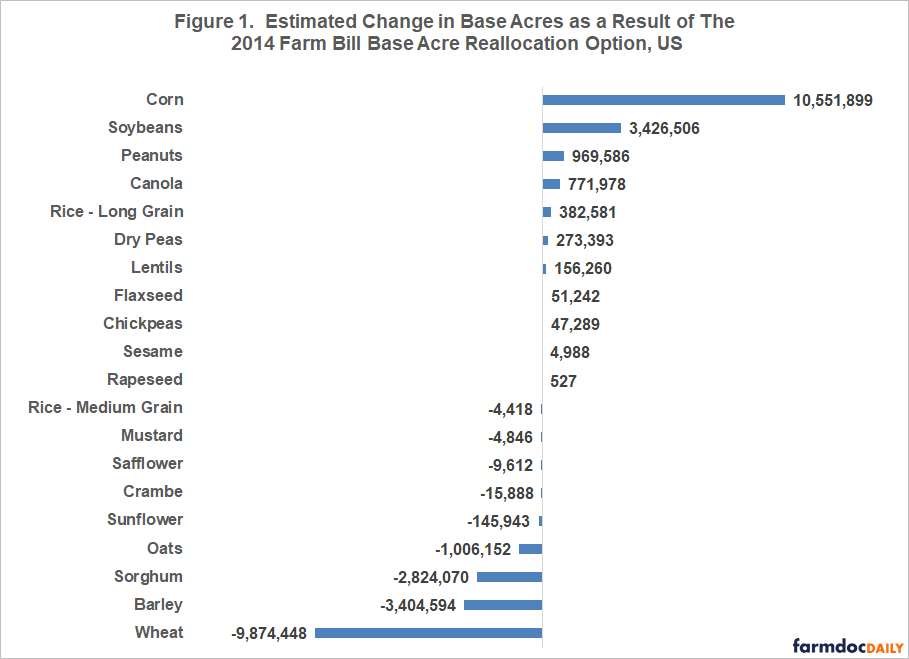 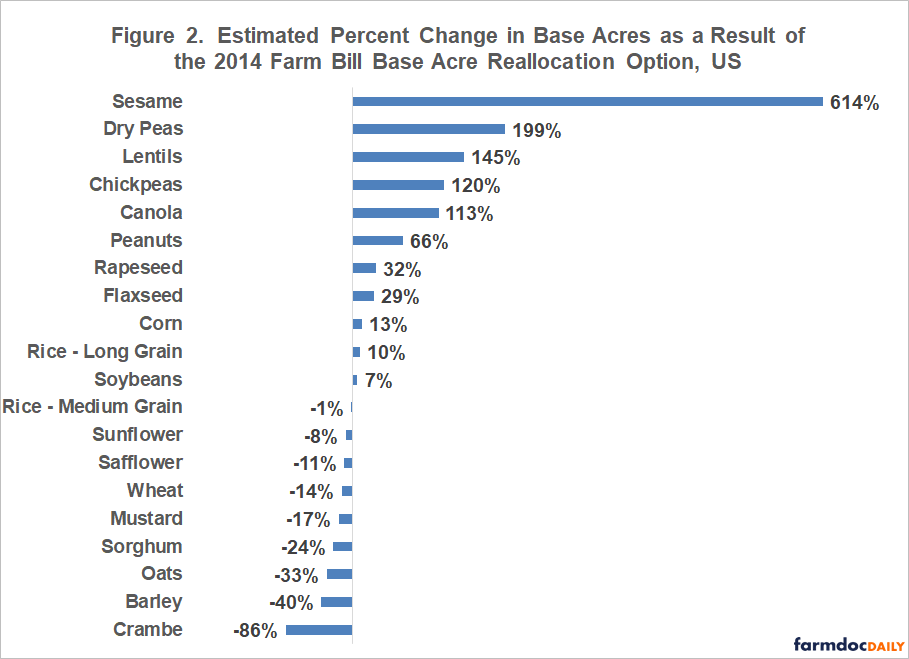 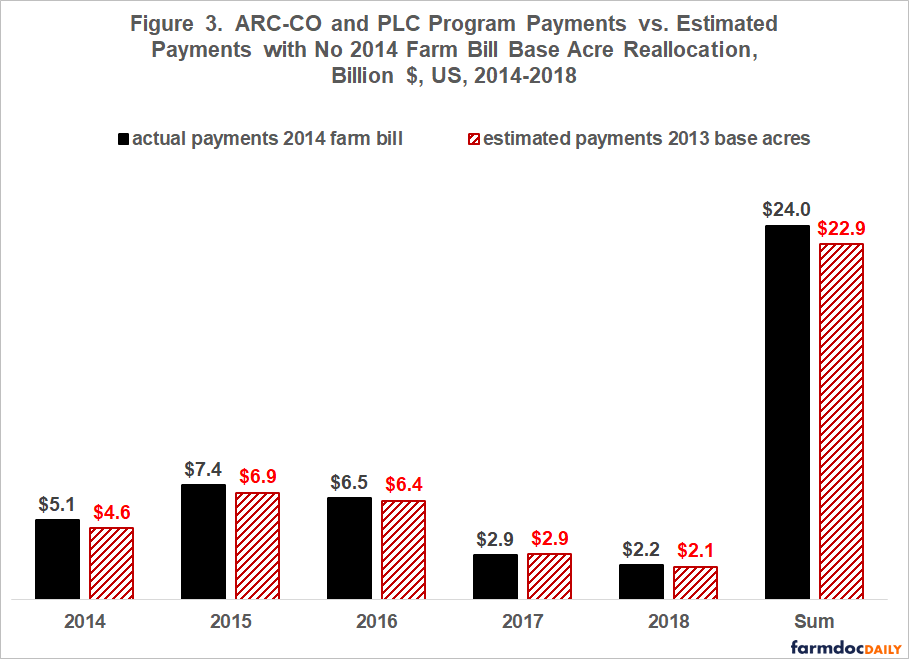 The voluntary base acre reallocation authorized in the 2014 farm bill is estimated to have increased ARC-CO and PLC payments during the five years of this farm bill by a little over $1 billion or nearly 5%.