Last month, Ibendahl (2022) provided a prediction of national soybean yields, acres, and total production. This prediction was based on the USDA weekly crop reports which rates the percentage of the soybean crop in each state as either: very poor, poor, fair, good, or excellent. Based on the state crop conditions from 7/31/22 (week 30), Ibendahl estimated a national soybean yield of 50.4 bu/ac and a total national production of 4.413 billion bushels. This current paper updates the earlier forecast with the most recent crop condition report – 8/28/22 (week 34).

The same procedure used in the week 30 estimate is used here. The weekly crop conditions for week 34 are used to calculate an index and then the last 30 years of index values from week 34 are used in a regression model to estimate yields. Each state is estimated individually and then combined into a national estimate. Soybean acres are taken from the August crop production report.

Figure 1 is a Likert graph of the soybean crop conditions for the last 20 years in the U.S. for the last 20 years. This national number is provided by the USDA in addition to the individual state numbers. The Likert graph has the percent of crop acres in the very poor and poor categories listed on the left-hand-side while the number of acres in the good and excellent categories is listed on the right-hand-side. The Likert graph is centered on the fair category which has the percentage listed in the center of the column. 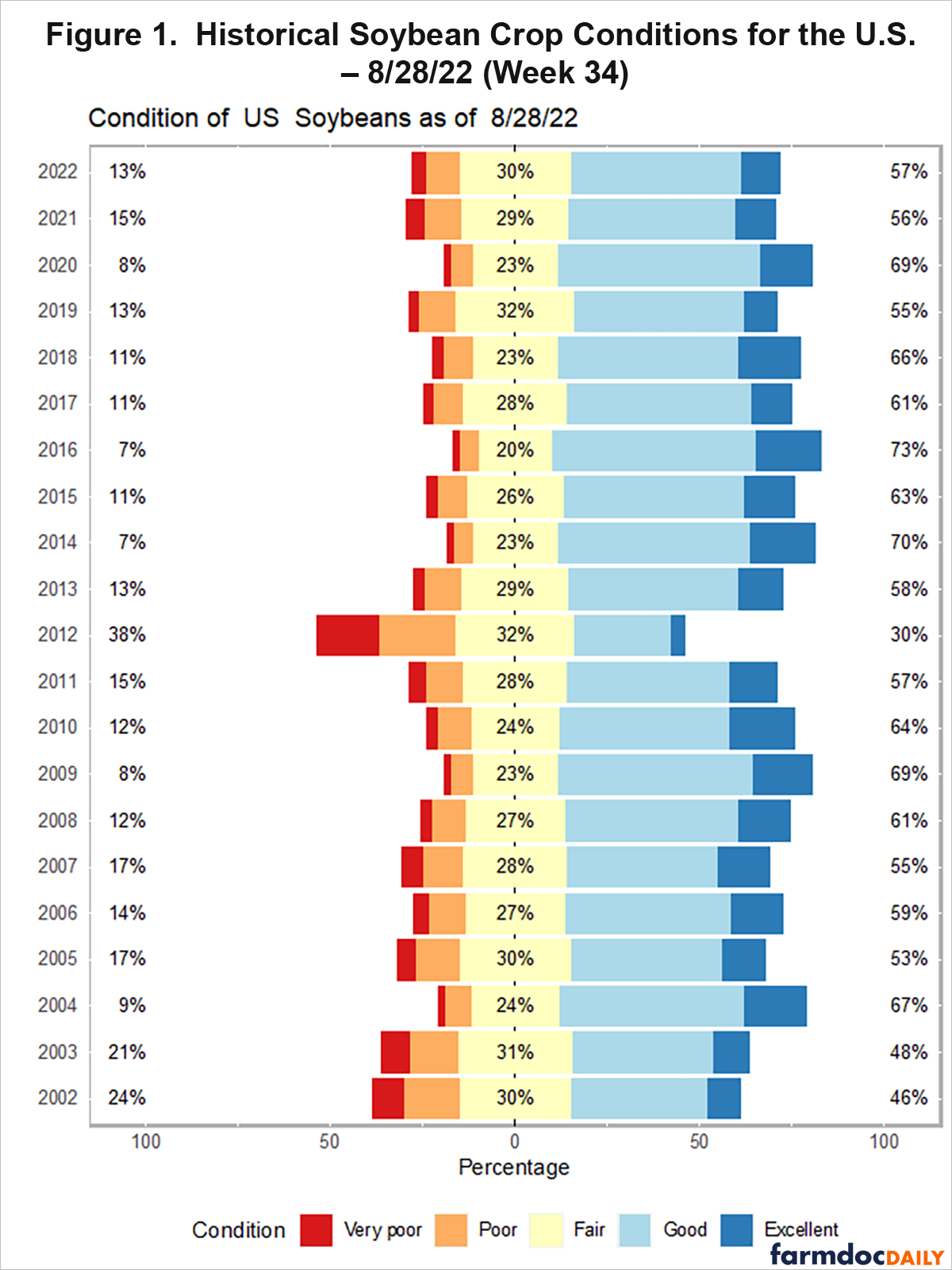 As Figure 1 illustrates, the national soybean crop conditions have remained steady for the last month. Currently, 13% of the soybeans are in the very poor and poor categories. At the end of July, there was 11% of the crop in these two categories. Nationally, the 2022 soybean condition looks almost identical to last year. In the last 20 years, 10 years have had the same or greater percentage of the crop in the bottom two categories compared to this year.

Table 1 shows the estimated yield per harvested acre prediction along with the confidence intervals for each state as of 8/28/22 (week 34.). This estimation is based on 30 years of observations from week #34. The R-square values have improved since the end of July but those are still lower than the corn prediction model. Soybeans are a more difficult crop to estimate for yields. 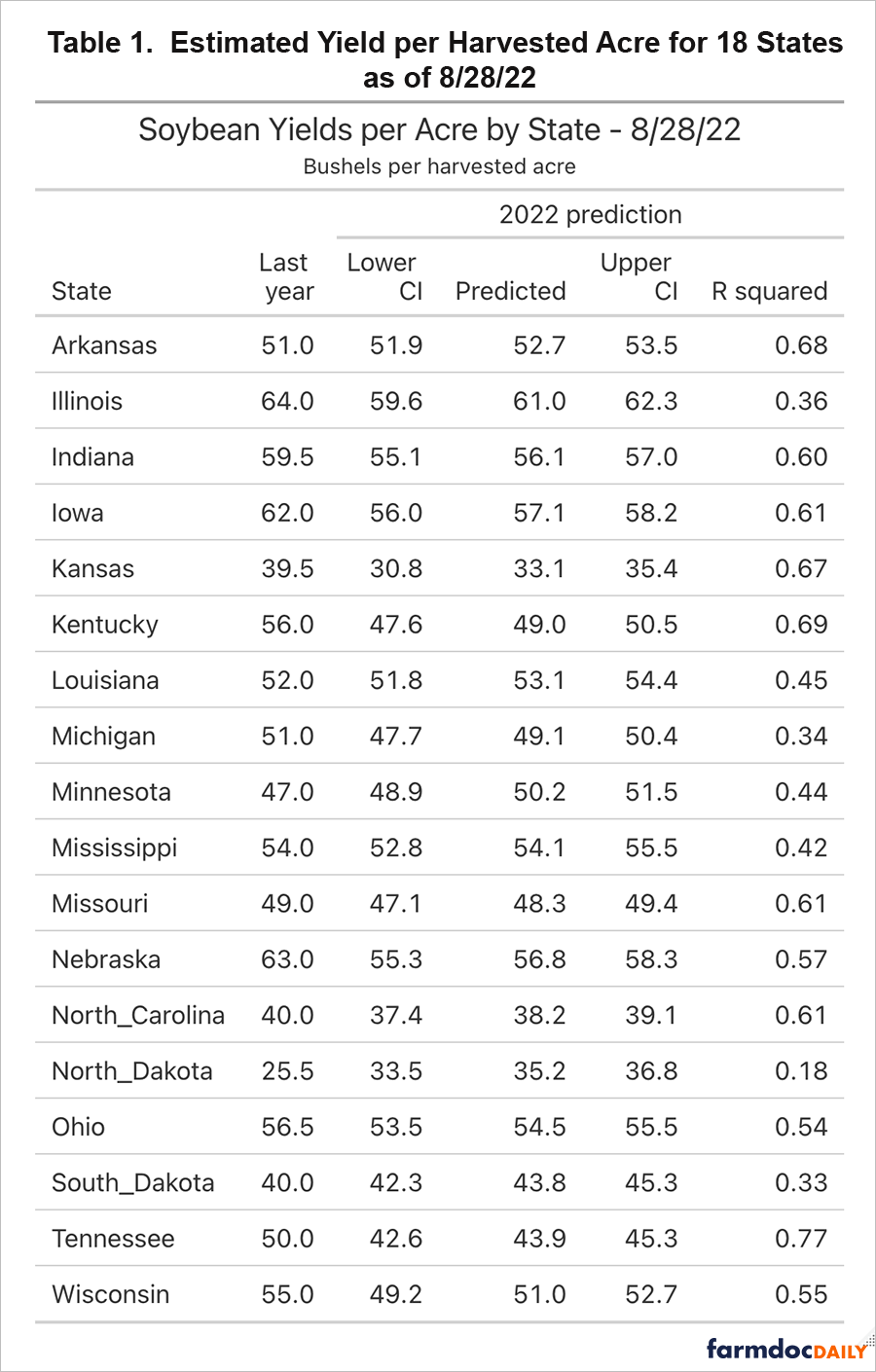 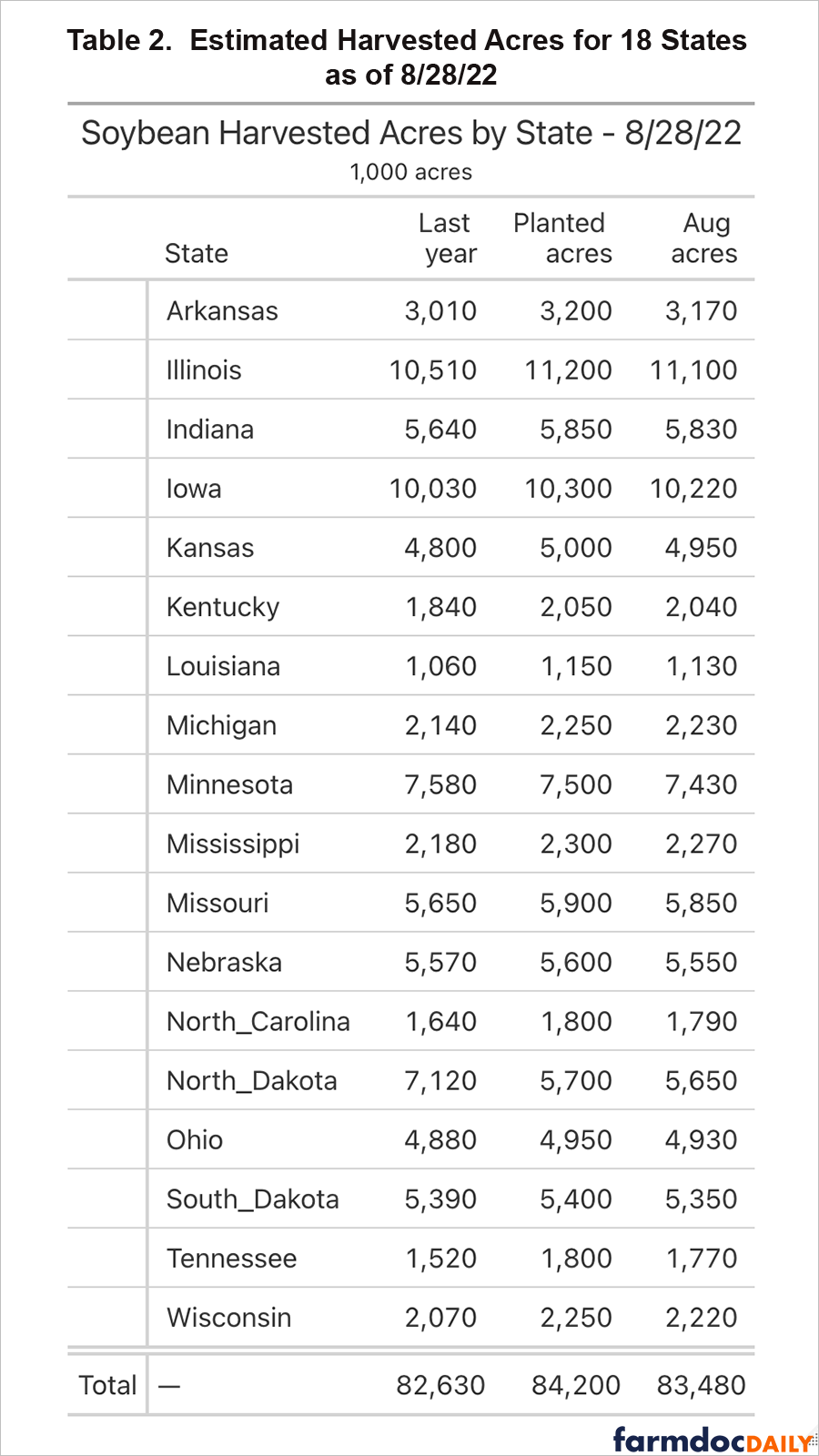 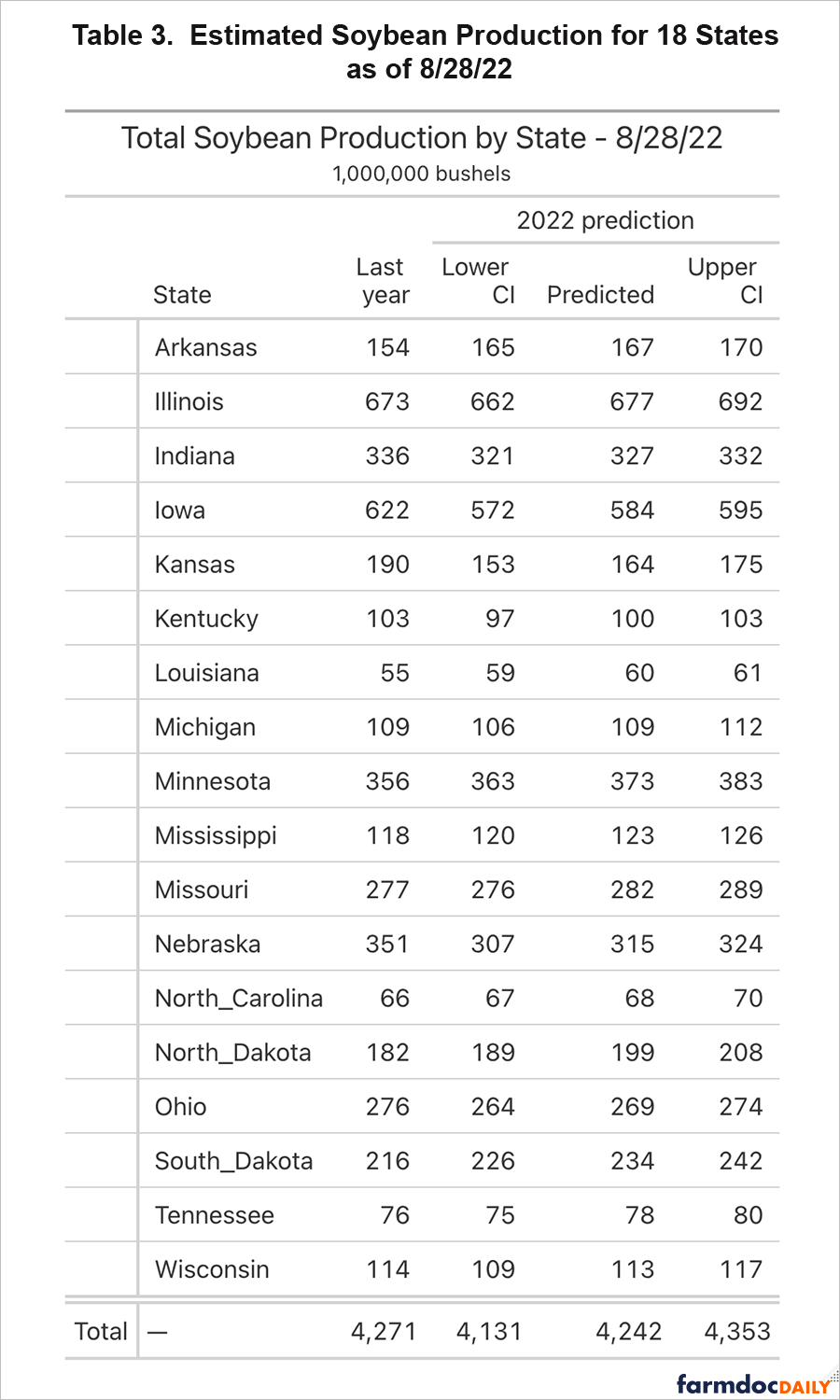 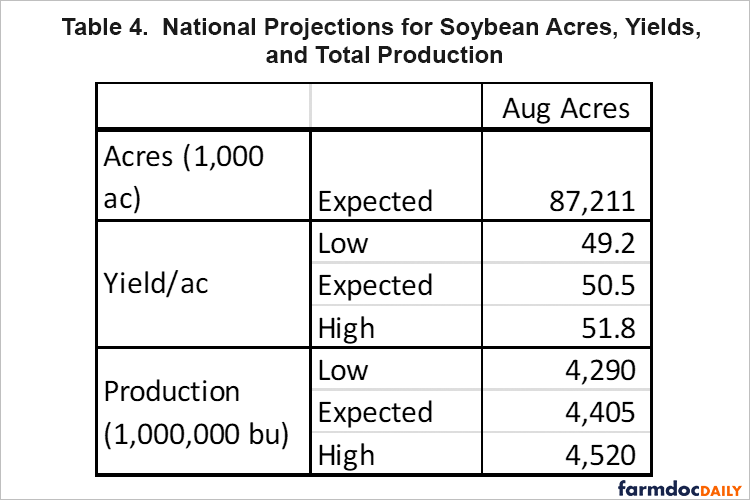 Ibendahl, G. "An Estimate of Soybean Production From the 18 Leading Soybean States." farmdoc daily (12):115, Department of Agricultural and Consumer Economics, University of Illinois at Urbana-Champaign, August 4, 2022.