In a 2008 report and a 2009 article we addressed whether the trend towards higher crop prices that started in the Fall of 2006 was here to stay. Our analysis was motivated by the need of farmers, landowners, and others in the agricultural industry to have some reasonable way of assessing long-term price prospects. From a farmer’s standpoint, the question basically came down to this, “What is a good price for corn, soybeans and wheat?” We argued that corn, soybean, and wheat prices moved to a new, higher nominal price level beginning in about December 2006. We suggested that the new price level would persist for an extended period of time and we projected the likely average Illinois monthly price and range in monthly prices for those commodities in the first five years of new era. Based on average monthly prices through February 2011, we evaluated the accuracy of those projections in a post on March 29, 2011. The projection of the expected distribution of monthly average prices was presented in a post on November 18, 2011. Here, we briefly review the methodology for projecting the average monthly prices, the range in monthly prices, and the distribution of monthly prices and then provide an evaluation of those projections based on average monthly prices in Illinois for the 73-month period from December 2006 through December 2012. The prices used are those reported by the USDA’s National Agricultural Statistics Service in the monthly Agricultural Prices report. 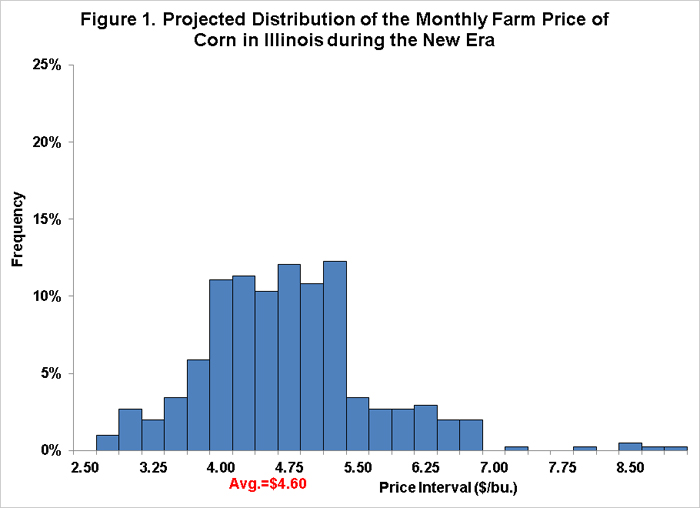 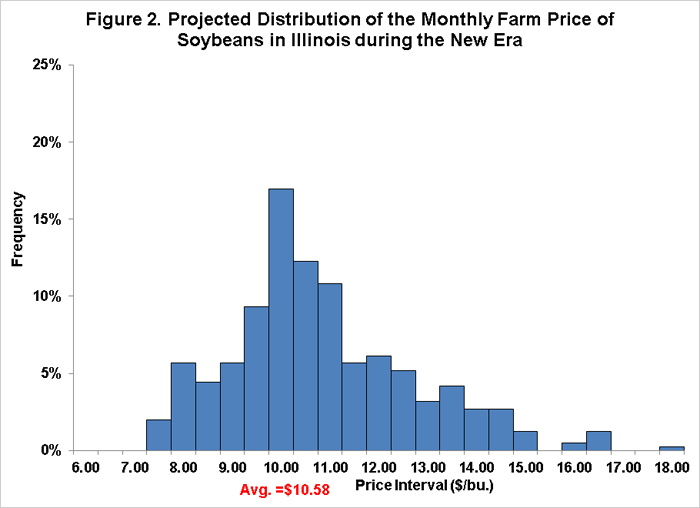 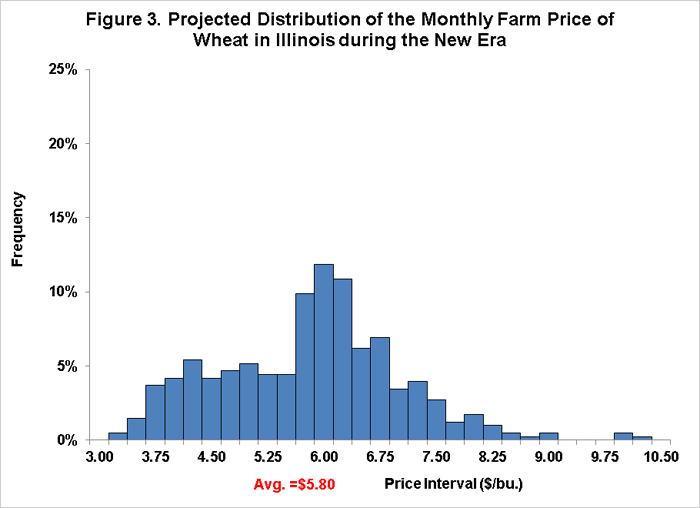 Based on monthly average prices from December 2006 through December 2012, the actual distributions of prices so far in the new era are shown in Figures 4,5, and 6. Several observations can be made about the actual distributions of average monthly prices relative to the projected distributions. For corn, the frequency of prices in both the upper end and lower end of the price range has been larger than projected. The highest frequency of average monthly average prices has been in the $3.25 to $4.00 range. Most of those prices occurred in the first two years of the new era and again in 2009. For soybeans, the actual distribution of prices has been more similar to the projected distribution than for corn, but with a wider range and higher overall average than projected. The price distribution for wheat has tended to be bi-modal, with the highest frequencies in the $3.75 to $4.75 and $6.00 to $6.75 ranges. 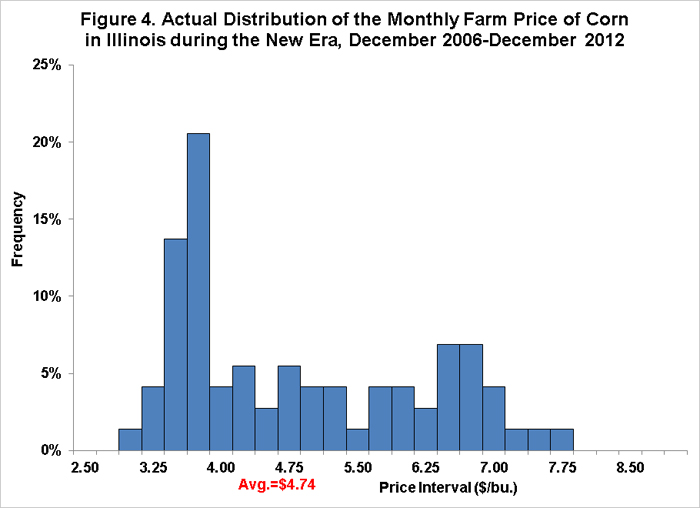 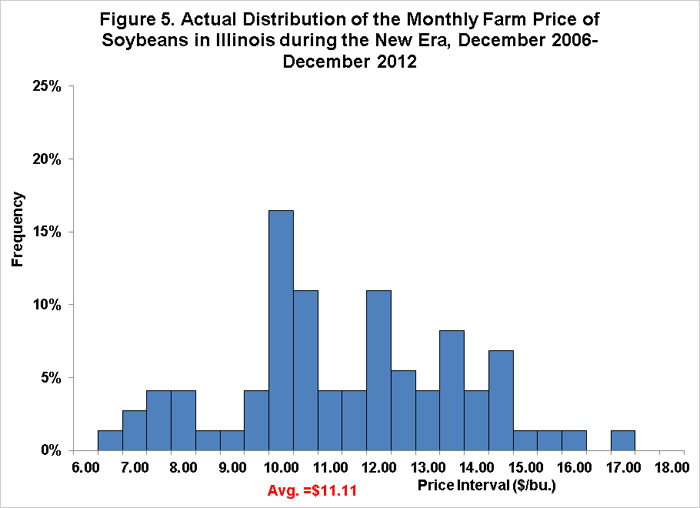 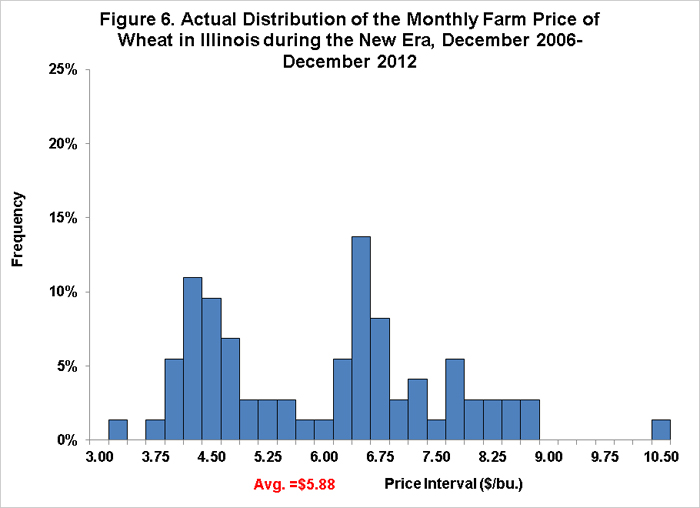 Despite some differences between projections and actuals, the new era projections for the price of corn, soybeans, and wheat that we made almost five years ago have held up remarkably well. While the approach is certainly simple, it appears to provide robust expectations for crop prices in this new era. Tomorrow, we will use the actual Illinois monthly average prices of corn, soybeans, and wheat for December 2006 through December 2012 to evaluate whether the original projections of average prices and price distributions in the new era need any modifications. We will also use the new era projections to evaluate the current level of prices in these markets and draw implications for marketing 2012 and 2013 crops.