The EPA released proposed rules for the 2014 Renewable Fuel Standard (RFS) in November.  The rules reduce both the total advanced and renewable mandate components, not only below the statutory levels for 2014 but also below the levels set for 2013.  Previous posts from Irwin and Good and Meyer and Johansson have analyzed the impact of the reduced mandate volumes in the 2014 proposed rule.  Today’s post returns to the issue of RIN stocks, providing an update to RIN generation data for 2013 and carryover estimates for 2014, and discussing the implications of the proposed rules on 2014 RIN stock levels. 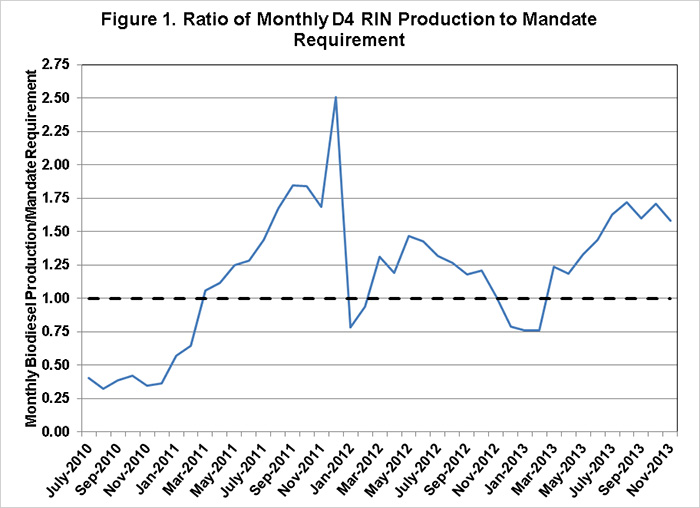 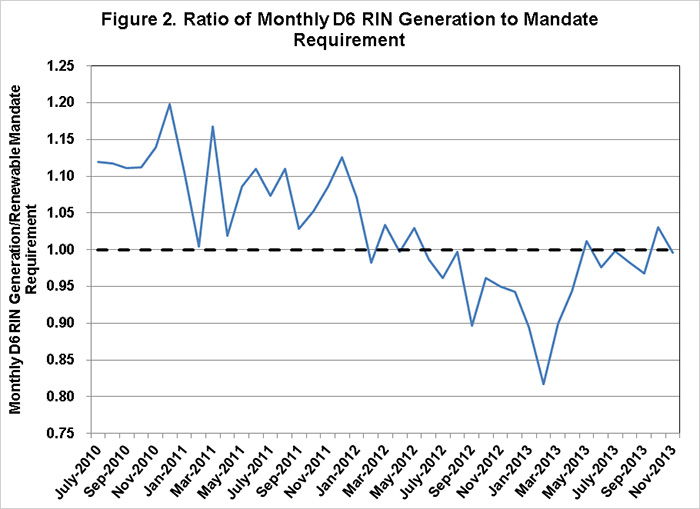 Table 1 below compares the 2014 mandate levels originally outlined in the RFS legislation (statutory mandates) to those in the EPA’s proposed rulemaking.  The cellulosic mandate is once again reduced significantly from 1.75 billion gallons to 17 million gallons. The EPA is proposing to hold the biodiesel mandate at 1.28 billion volumetric gallons (1.92 billion RIN gallons), but reduce the total advanced mandate from 3.75 to 2.2 billion gallons.  The renewable mandate – the portion towards which corn-based ethanol can be used for compliance – is reduced from 14.4 billion gallons to 13.01 billion gallons based on EPA’s current estimates of the E10 blendwall. 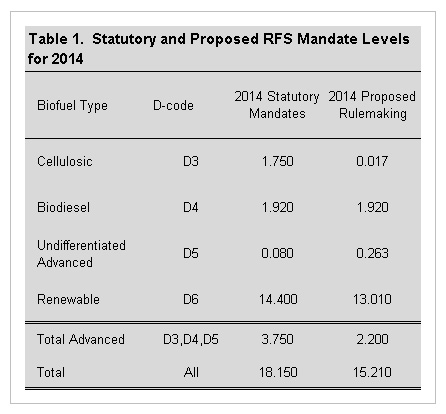 The EPA did not consider carryover RINs in setting the 2014 mandate levels in the proposed rules.  While RIN carryover was considered in setting 2013 mandate levels, the EPA’s decision to ignore RIN carryover levels for 2014 was justified by the notion that a buffer level of RIN stocks should exist to allow obligated parties the level of flexibility the RIN rollover provisions were meant to provide. Taken from page 71767 of the EPA’s Proposed Rulemaking for 2014:

“For 2014, however, if we accounted for all 1.2 billion carryover RINs in setting the applicable standards, obligated parties would be left with no flexibility for addressing other unforeseen circumstances. We believe that a standard-setting process that included an assumption that the carryover RIN balance would be reduced to zero would be contrary to the original intention of the provision for providing a degree of flexibility through carryover RINs. For this reason, we have not accounted for carryover RINs in our assessment of the reductions in the statutory volume requirements that would be appropriate in setting the RFS standards for 2014.”

Table 2 provides estimates for 2014 RIN carry-in, or RIN stocks which are estimated to be available for rollover into 2014.  These estimates are based on the projections for total RIN generation in 2013 discussed above in addition to the following assumptions: 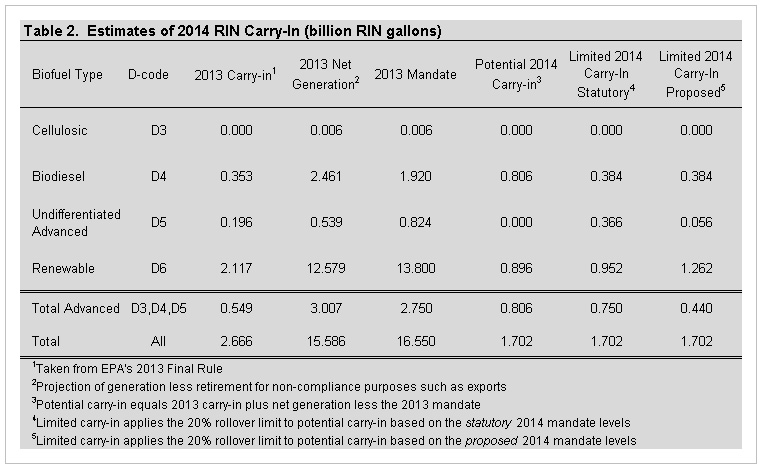 While the proposed reductions should not limit the total estimated RIN carryover of 1.7 billion gallons, they could impact the composition of the RIN pool carried into 2014.  Specifically, the reduction in the advanced component could significantly limit carryover of RINs that would be eligible for advanced mandate compliance in 2014 due to the 20% rollover limit provision.