There has been much discussion over the last year about problems in implementing the Renewable Fuels Standards (RFS) due to the expanding gap between the implied mandate for renewable biofuels (ethanol) and the E10 blend wall. The implied  mandate  for renewable biofuels (total mandate minus mandate for advanced biofuels) was scheduled to increase from 13.8 billion gallons in 2013 to14.4 billion gallons in 2014 and to 15 billion gallons in 2015 and beyond. The renewable biofuels mandate has been fulfilled almost exclusively to date by corn-based ethanol produced here in the U.S. The E10 blend wall is influenced by the projection of total domestic motor fuel consumption, but is currently near 13 billion gallons. The E10 blend wall is not expected to expand soon and may decline slowly as domestic motor fuel consumption declines.  As a result, the gap between the mandate and the expected E10 blend  wall  will  increase  substantially over time.

Prospects for an expanding gap between the mandate and the E10 blend wall have been reflected in sharply higher prices for Renewable Identification Numbers (RINs) beginning in January 2013.  This situation has resulted in numerous calls for changes in the RFS either through the administrative authority granted to the EPA by the RFS statutes or through legislative changes to the RFS statutes. To date, the only change to the RFS made by EPA has been to reduce the advance biofuels mandate for cellulosic biofuel. Those mandates have been reduced due to lack of production capability.  In 2013, for example, EPA established the mandate at 6 million gallons compared to the RFS of one billion gallons.  While the cellulosic mandate has been reduced, the EPA has not reduced the mandate for total advanced and total biofuels in previous years, even though EPA has authority to do so.

On November 15, 2013, the EPA announced the preliminary rulemaking for 2014. That announcement proposed a write down of the cellulosic mandate, the advanced mandate, and the total mandate. The most surprising and controversial aspect of the proposal was the write down of  the  renewable mandate  from14.4  to  13  billion  gallons. The authority to write down the total mandate by more than the write down in the cellulosic mandate was justified by the EPA based on a waiver provision regarding “inadequate domestic supply.”

The proposed rulemaking by the EPA for 2014 has several important implications. First, problems with implementing the Renewable Fuels Standards (RFS) due to the expanding gap between the  implied mandate  for renewable biofuels (ethanol) and the E10 blend wall  will  be  largely  resolved.  Second, the sharp reduction in the advanced mandate in combination with a constant biodiesel mandate means there will be little need for ethanol imports from Brazil. This is actually a small win for the corn market. Third, biodiesel production may be sharply curtailed in 2014 relatively to the elevated levels of 2013. This is a negative factor for the soybean oil and soybean markets, since soybean oil is the principal feedstock used to make biodiesel. Fourth, and perhaps most surprisingly, corn used for ethanol in 2014 is unlikely to be substantially impacted by the rule making.  All of these implications are subject to change if the EPA  rule  making  is  successfully challenged in court. 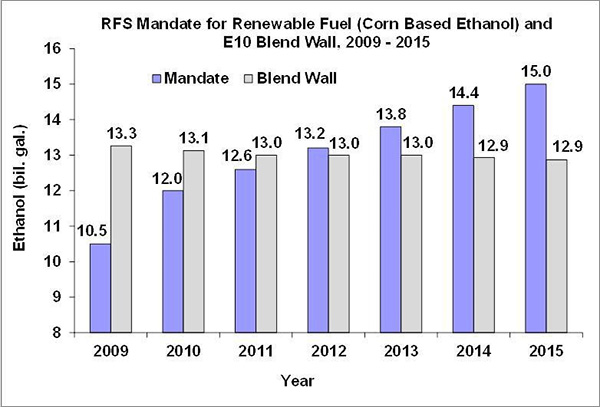 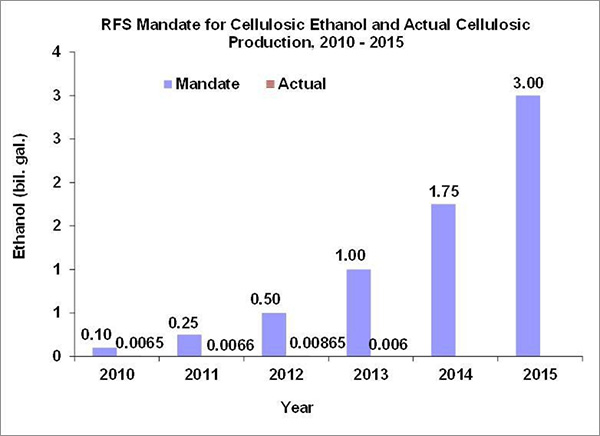