The plunge in crude oil and gasoline prices since last summer raised the question of whether ethanol could remain competitive in gasoline blends. The issue was addressed in three farmdoc daily articles in late 2014 and early 2015 (November 12, 2014; December 4, 2014; January 30, 2015). In the first article (November 12, 2014), we concluded that: “Recent market history also suggests the ethanol/CBOB price ratio is not likely to move above 1.0 for any length of time and that market adjustments to maintain the competitive position of ethanol are likely to be rapid. Higher ethanol production and lower ethanol prices have proven quite effective in the past at maintaining ethanol’s place in gasoline blends and are likely to continue to do so in the future.” Markets have now had a full six months to adjust to the drop in crude oil and gasoline prices, which should be long enough to roughly approximate full adjustment. The purpose of today’s article is to examine the accuracy of the prediction made last fall that ethanol prices would rapidly adjust to maintaining its competitive position. 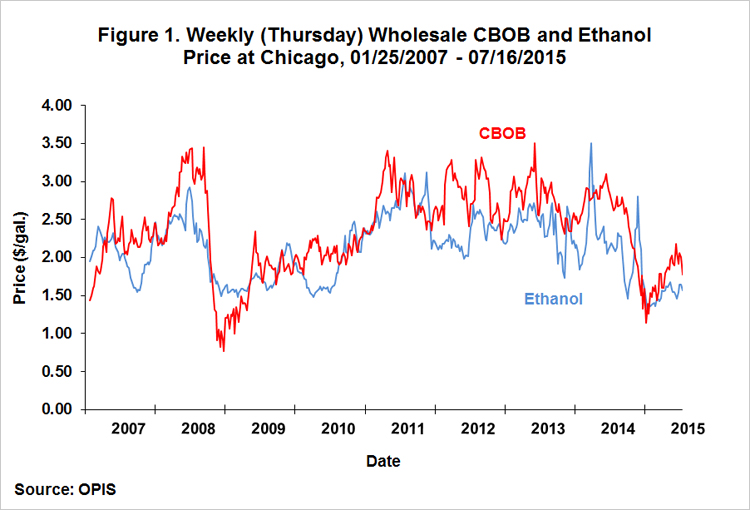 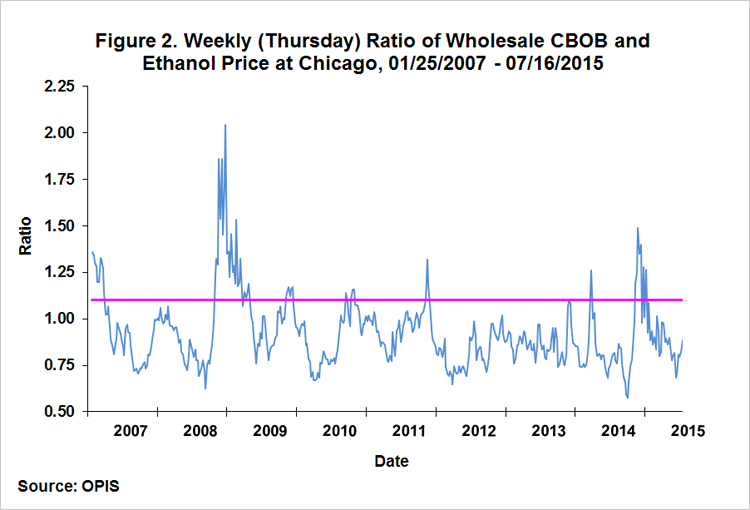 Ethanol prices have now fully adjusted to the much lower prices of crude oil and gasoline. As shown in Figure 3, the adjustment has not been without pain for ethanol producers. Profits largely evaporated during the adjustment process. There was a brief recovery this spring associated with relatively strong DDGS prices (farmdoc daily, March 12, 2015). However, as demonstrated in Figure 4, DDGS prices have fallen sharply in recent weeks, which has driven profits back to break-even levels. 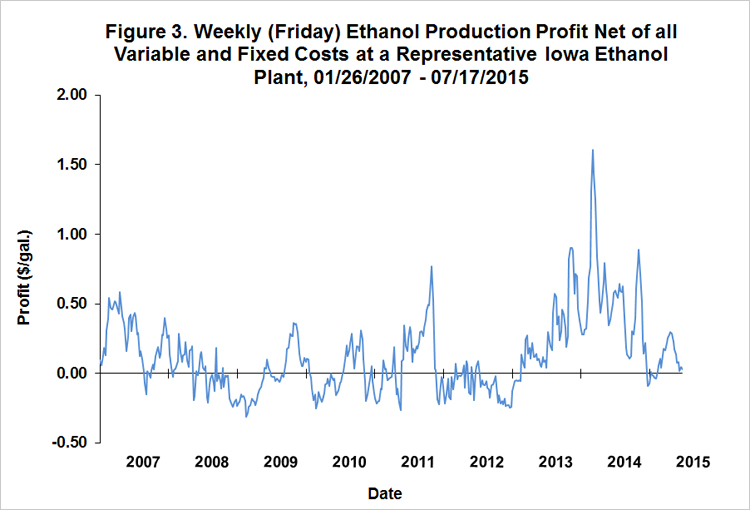 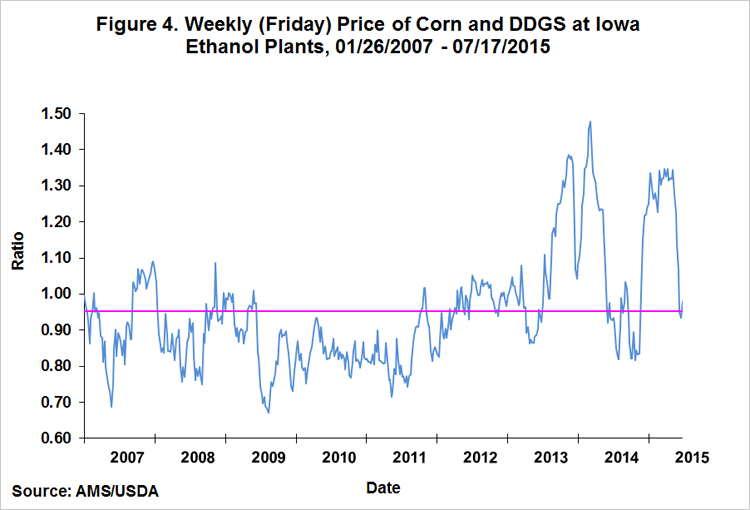 Crude oil and gasoline prices plunged starting in the summer of 2014. Ethanol prices have now fully adjusted to the large decline, thus maintaining the competitive position of ethanol in gasoline blends. As expected, the spike of ethanol prices above gasoline prices last fall did not last long. The adjustment has been far from painless for ethanol producers. Production profits have been driven back to breakeven levels as ethanol prices declined, ending a period of unprecedented profits for the ethanol industry. A key question is whether this portends a return to the era of low ethanol production profits that existed from 2007-2012.