Growth rates of fertilizer, pesticide, and seed costs have been higher in years following 2006 than they were between 1990 and 2006. In 2015, the sum of fertilizer, pesticide, and seed costs were 48% of crop revenue, much higher than the 36% average from 1990 to 2006. These costs need to decrease, particularly if corn prices remain below $4.00. Otherwise, it will be difficult for revenues to be less than total costs. 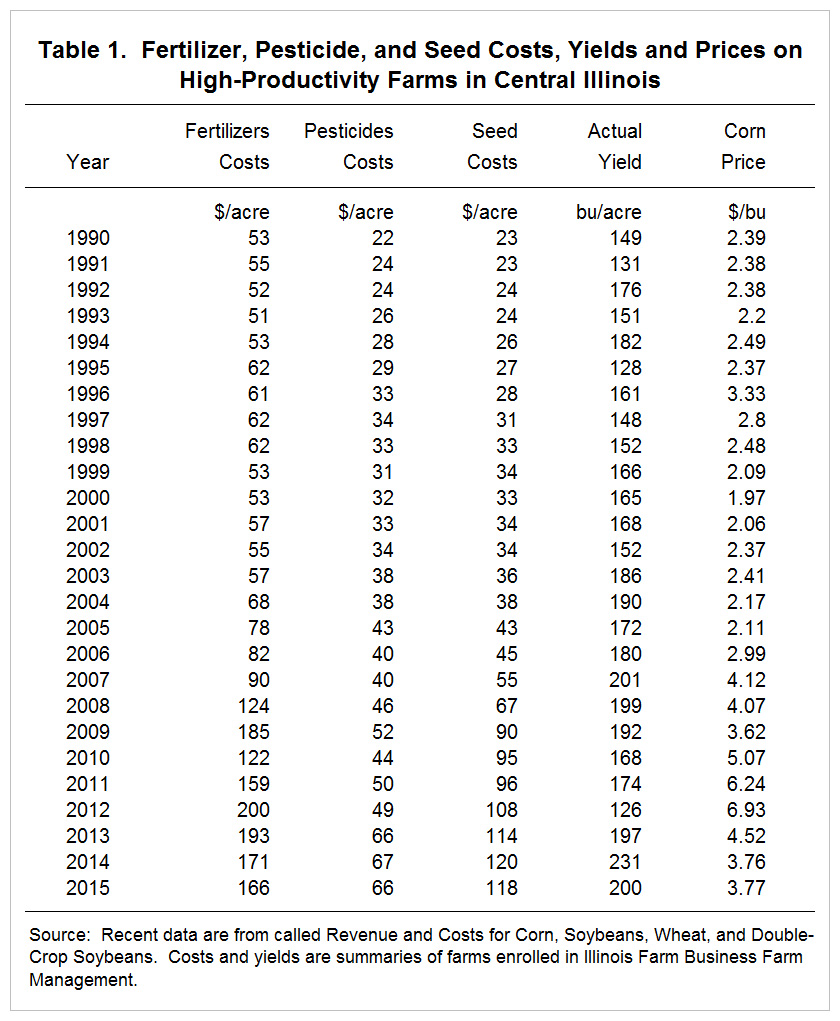 Data in Table 1 for recent years are presented in a publication called Revenue and Costs for Corn, Soybeans, Wheat, and Double-Crop Soybeans, which are summarized from farms enrolled in Illinois Farm Business Farm Management. Until recently this data was only compiled back to 2000. Work by the second author of this article during a James Scholar project extended this data back to 1990. 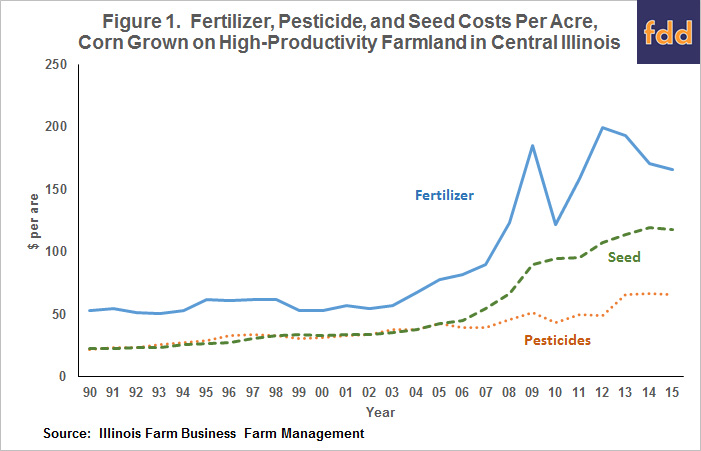 Since 2006, seed has been the category with the highest increase. Before 2006, pesticides and seed were about the same magnitude. Because the 11.3% growth rate for seed costs was much higher than the 5.7% growth rate for pesticides, seed costs now are much larger than pesticide costs (see Figure 1). Additional analysis on seed costs is presented in a previous article (farmdoc daily November 17, 2014).

The period of larger cost increases corresponds to an increase in the long-run average level of corn prices. From the mid-1970s to the mid-2000s, corn prices average about $2.40 per bushel. In the mid-2000s, corn use in producing ethanol increased, resulting in an overall corn price increase. While $2.40 per bushel was the average before 2006, a more reasonable estimate of the long-run price after 2006 is $4.30 per bushel. Of course, there has been and will continue to be variability around those long-run prices (farmdoc daily February 27, 2013).

A different perspective can be obtained by evaluating the costs divided by yield. Perhaps cost categories have increased at a slower rate than yield increases, causing costs per bushels to go down. 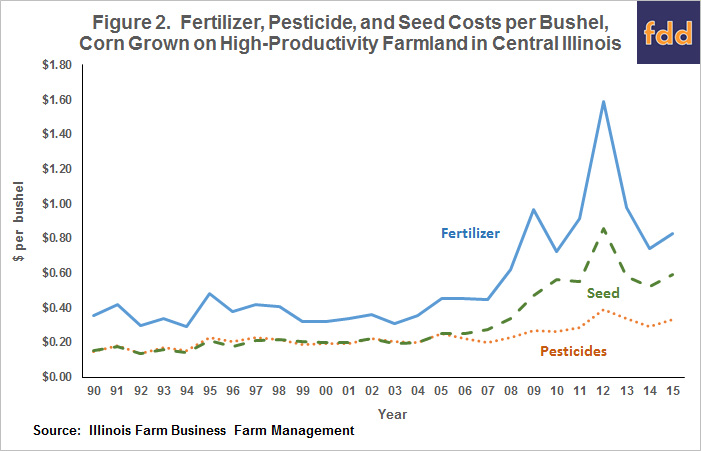 Costs as a Percent of Crop Revenue 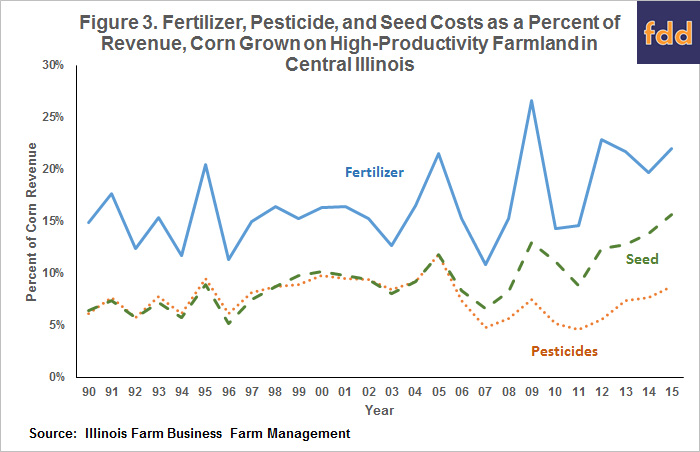 Fertilizer, pesticide, and seed costs have grown on a per acre, per bushel, and a percent of crop revenue basis. Taken together, fertilizer, pesticide, and seed costs were 48% of crop revenue in 2015. The 48% compares to an average of 32% between 1990 and 2006 and a 36% rate between 2006 and 2015. The 48% composition in 2016 was the second highest for the 1990-2015 period. Only 2009 with a 47% total exceeded 2015 average. This high rate occurred because per acre costs did not decrease while corn prices did decrease. At those high levels, it will be difficult for revenue to exceed total costs. As long as corn prices are averaging less than $4.00 per bushel, high percentages should be expected without substantial cuts in costs.

Costs as a percent of crop revenue could increase because of a combination of two reasons:

Farmers need to take proactive actions to reduce rates and amounts of inputs applied. Even with aggressive input usage cuts, it will be difficult for cash flow losses to be reduced without input price decreases.