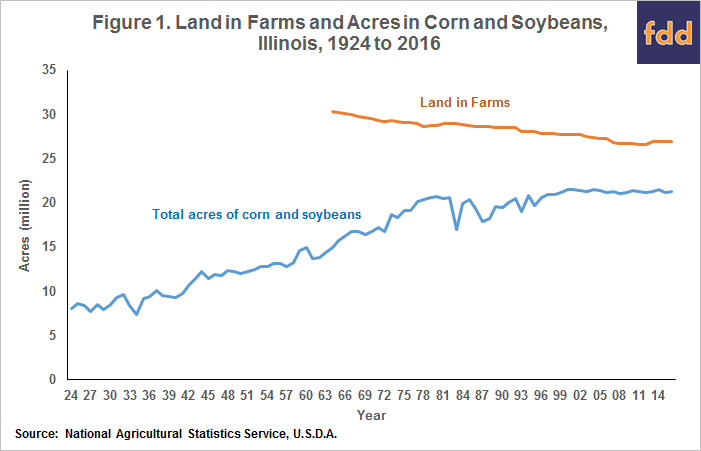 In recent years, Illinois farms have not changed total acres in corn and soybeans, with the range in acres being between 21.0 and 21.5 million acres. Total corn and soybean acres constitutes a significant, stable portion of total acres in Illinois. It is difficult to foresee factors that would cause this stability to change in the near future. 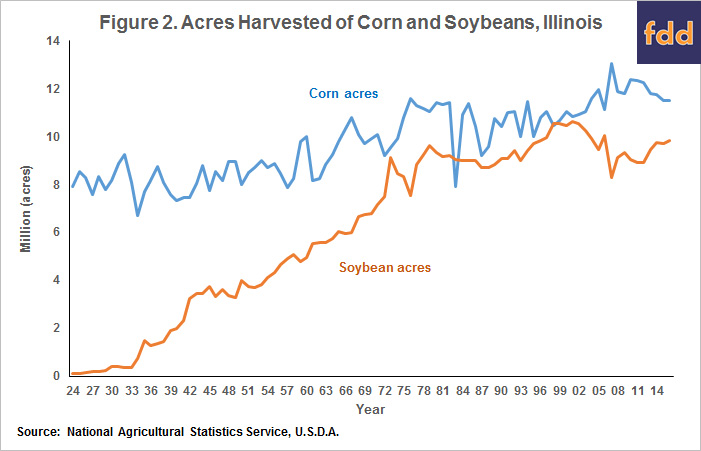 Recent acreage history suggests that Illinois farmers do not vary total acres in corn and soybeans in aggregate. However, they can change the split of acres between the two crops. In recent years, there has been a movement of acres back to soybeans. Given current profitability outlook (farmdoc daily, September 27, 2016), a shift to more soybeans in 2017 seems more likely than a shift to more corn.

Whether or not this acreage shift happens is an open question. Changes in acres will be one of the variables under considerable interest in the upcoming year.