On average in Illinois, soybeans have been more profitable than corn since 2014 (farmdoc daily, July 25, 2017), an unusual situation given that Illinois is in the heart of the Corn Belt. Both costs and revenue from the two crops contribute to this situation. Costs increased more for corn than for soybeans from 2006 to 2013 (farmdoc daily, February 16, 2016), causing the need for corn to have more revenue than soybeans for corn to remain as profitable as soybeans. As discussed in this article, the difference between soybean and corn revenue have narrowed in recent years. While yields have played a role in this narrowing, relative prices changes between soybeans and corn explain much of the increase in relative soybean revenues since 2013.

Corn and soybean crop revenues for the state of Illinois are compared over time using data from the National Agricultural Statistical Service (NASS). Two sets of data were obtained from the QuickStat database:

Yield and price data are shown in Appendix Table 1. For each crop, crop revenue was calculated by multiplying yield times price. Resulting corn and soybean revenue series are shown in Figure 1. 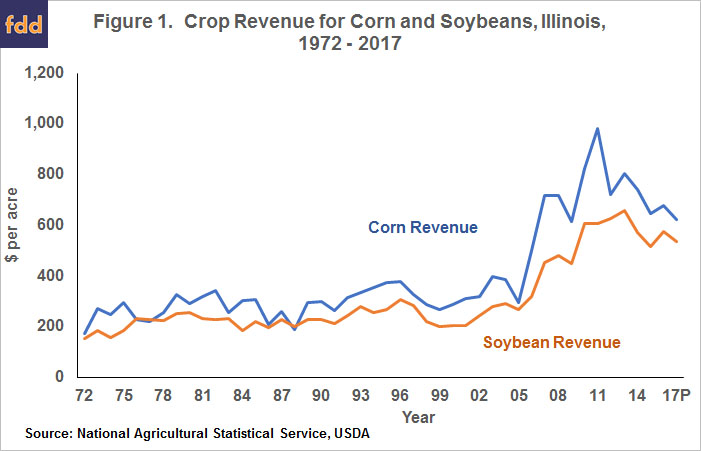 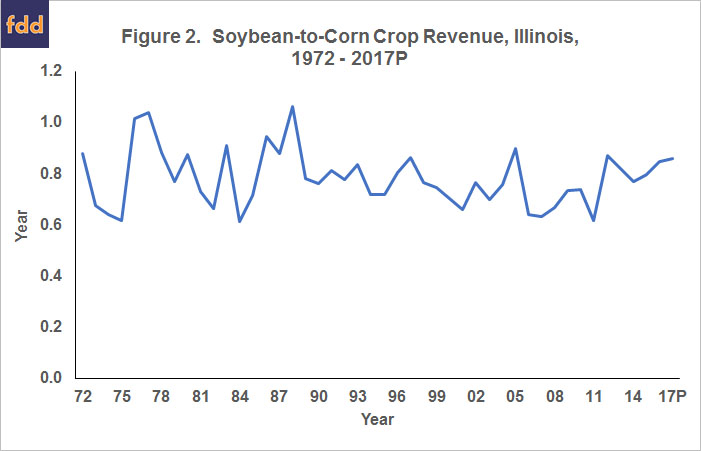 Either changed in relative yields or prices could have caused the higher soybean revenues relative to corn:

Overall, changes in relative prices have been more of a factor in higher soybean revenues since 2013. 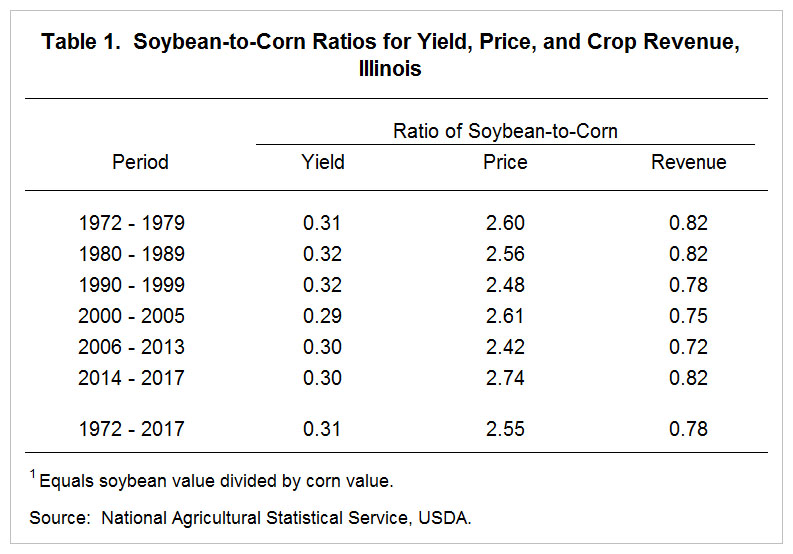