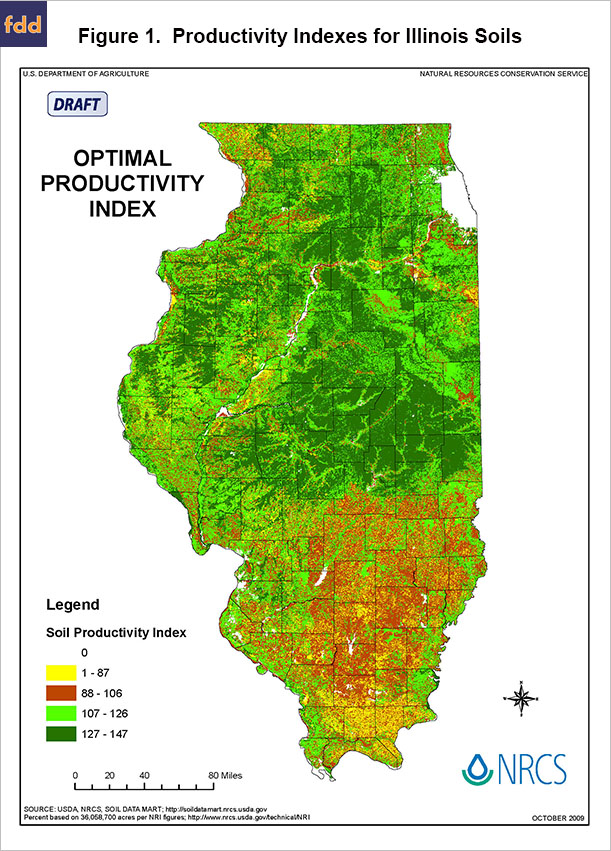 To quantify a relationship for determining benchmark rents, 2017 county cash rents were explained by an equation fit using linear regression. The average 2017 cash rents by county come from the National Agricultural Statistical Service (NASS). A map showing these rents are in an October 3rd farmdoc daily article.

Two sets of variables were used to explain the variability in 2017 cash rents. The first is average county PIs. County PIs were obtained from AcreValue, an online tool developed by Granular that provides estimated farmland values and soils information. AcreValue provides a list of average county PIs based on Bulletin 811 that is available here. 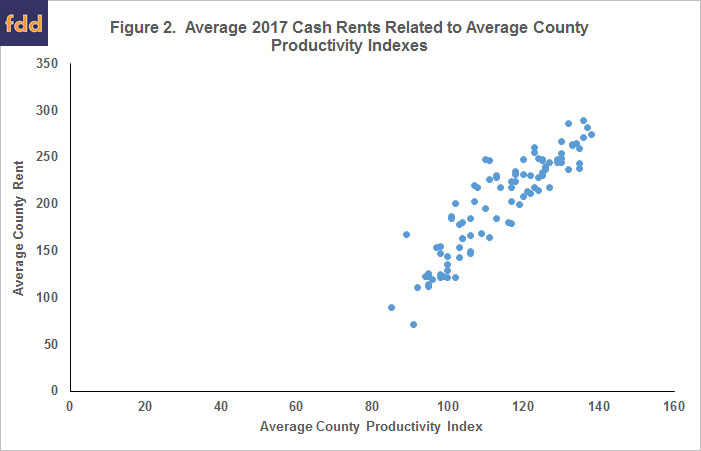 The second set of variables related to location as represented by Crop Reporting Districts (CRDs). CRDs are specified by the U.S. Department of Agriculture and contain counties of roughly similar agricultural characteristics (see Figure 3). The ten CRDs were included to capture any difference in rents caused by geographical area. A host of factors could cause rents to vary by region. Weather varies from northern to southern Illinois, with northern Illinois weather being more conducive to less variable crop production. Competitive pressures among farmers for rented land may vary across state. Locations and number of grain outlets and input suppliers also could influence profits.

The two sets of variables – PI and CRDs – explain 91% of the variability in average 2017 county rents. The equation giving benchmark cash rent is:

The average CRD adjustments are shown in Table 1. 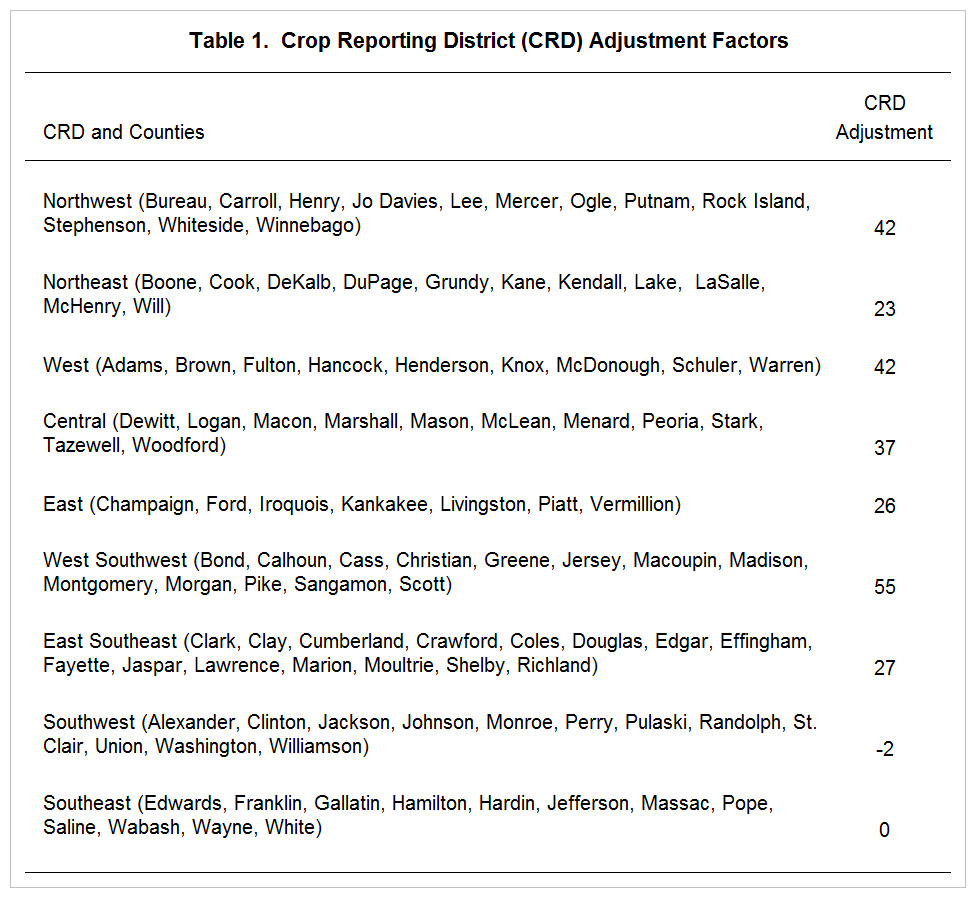 There are many reasons why cash rents will vary from parcel to parcel. Some of the difference will be related to the attributes of the farmland including:

Desires of the landowner also play a role in cash rent level. Those landowners who place no land use restrictions on the farmer and have fewer concerns about the long-term sustainability of the farmland can expect to receive a higher cash rent. Those landowners that desire conservation practices should expect lower cash rents.

Cash rents also are influenced by the services offered by the farmer. Some farmers provide a great deal of maintenance to the property including waterway and other conservation structure upkeep. Additional services may lower the cash rent.

Finding the PI for a Farm

Finding the 2017 benchmark cash rent requires finding the average PI for a farm. Many landowners already know the PI for the farm. In these cases, it is relatively straightforward to arrive at the benchmark rent using the above formula.

Sometimes a landowner will not have the soil types in a farm. These can be obtained online using a Web Soil Survey tool. Landowners can locate their farms as an “area of Interest” within the tool. Once identified, soil types for that “Area of Interest” will be detailed.

Landowners can also use the Acre Value tool by Granular. In this tool, a landowner can locate the farm. Once located, a report will give the soil types and the average PI for that parcel.