Much of the cash rent data for making 2018 cash rental decisions is now available. Data include 1) 2017 county and state cash rents as reported by the National Agricultural Statistical Service (NASS) and 2) actual 2017 and projected 2018 cash rents on professionally managed farmland as reported by the Illinois Society of Professional Farm Managers and Rural Appraisers (ISPFMRA). These data are reported in this article. For 2018, cash rents likely will continue to decline as farmers are projected to have negative returns when cash rents are at average levels. 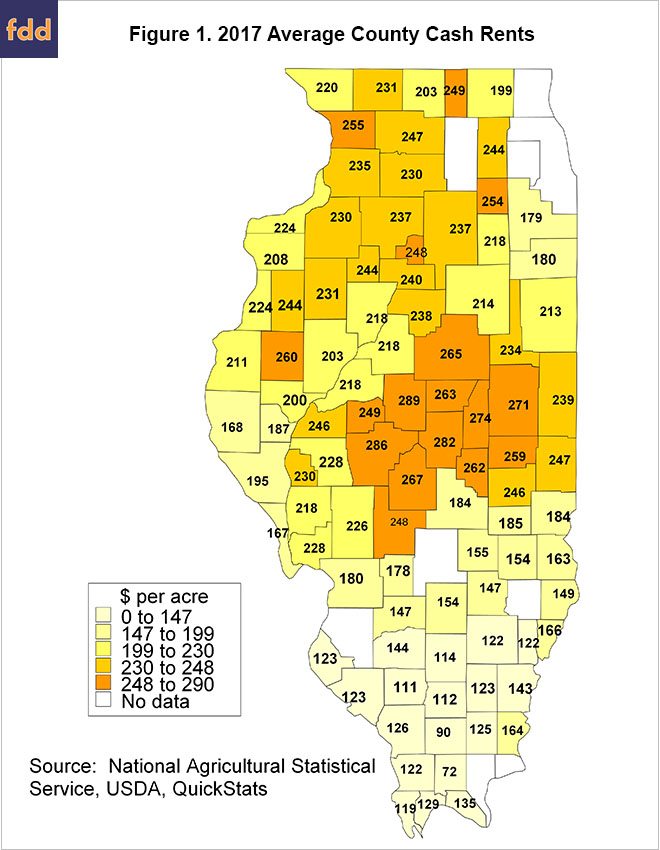 Much of the variability in county cash rents relates to soil productivity. To illustrate, a regression analysis was conducted in which the county cash rents shown in Figure 1 were explained by 2017 county trend yields. A trend yield represents the anticipated yield for 2017. If 2017 could be repeated many times, the average of the resulting yields would equal the trend yield. The process used to calculate a trend yield is described in a May 2, 2017 farmdoc daily article.

While explaining a majority of the variability, there still are differences between what the above equation will predict and actual 2017 country yield. Take, for example, Logan County. Logan County has a 2017 trend yield of 190 bushels per acre. The above equation predicts a cash rent of $245 per acre. The actual cash rent is $289 per acre, $44 higher than the predicted rent of $245 prediction. Logan counties trend yield and cash rent are indicated in Figure 2. Logan County has the largest positive difference in actual from projected cash rents. 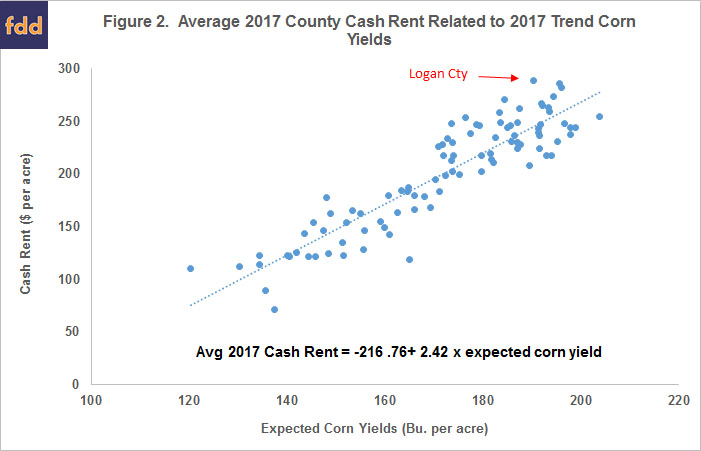 In late August, the ISPFMRA released estimates of 2017 cash rent for professionally managed farmland in Illinois (here). Expectations for 2018 cash rents were released as well. Table 1 shows these 2017 and 2018 expected cash rent, as well as cash rents for 2015 and 2016. Cash rents are given for four farmland productivities: 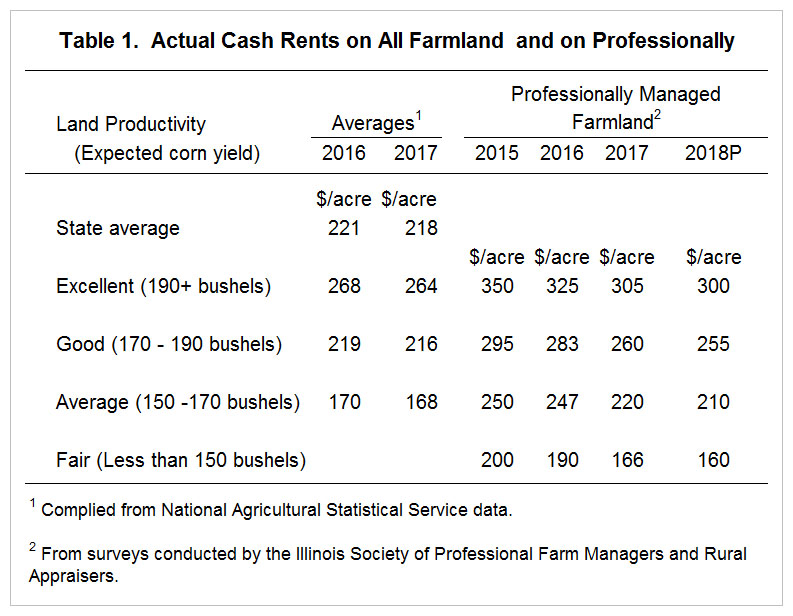 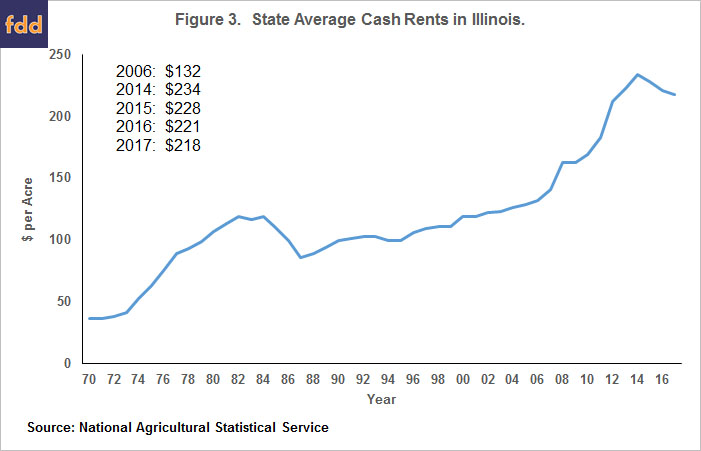 All the above factors suggest continuing downward pressures on cash rents. At this point, a continued reduction of $5 to $10 per acre should be expected on the state wide average for cash rents shown in Figure 3. Reductions of this size are not large enough to cause cash rented farmland to be profitable. However, declines in cash rents resulting in profitability are projected to be long and protracted. As long as corn prices remain below $4.00 per bushel, there will be downward pressures on cash rents.