The traditional corn-cotton-wheat coalition covered an extensive area of national production but concentrated within regions: corn in the Midwest, cotton in the South, and wheat split north to south in the Great Plains. USDA-NASS planted acres data indicates a significant change in commodity plantings over the course of farm bill history (1933 to 2014) as shown in Figure 1. Perhaps, the most notable trend is the increased acres planted to soybeans, going from negligible acres in 1933 to the second-largest crop in the country at over 83 million acres in 2014. The increase in soybean acres appears to have come largely at the expense of acres planted to wheat, cotton and other feed grains (grain sorghum, barley and oats). Acres planted to rice and peanuts are significantly smaller than the other crops and less clear in Figure 1. Peanut acres spiked during World War II, breaking 5 million acres planted in 1943. Rice acres have never topped 4 million acres, with an all-time high of 3.827 million acres in 1981. Importantly, these crops have all long been covered by the programs in the commodity title of the farm bill and thus play a role in the farm coalition and farm bill debates. 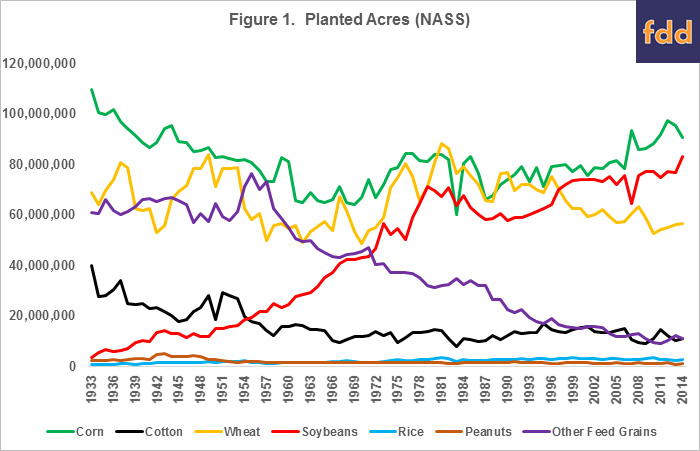 Figure 2 uses the USDA-MWCACP data to map the major production areas for soybeans, peanuts and rice. The major production regions are defined by USDA-MWCACP as the counties that account for 75% of the total national production of each crop. This map shows the regional distribution of these three commodities and can be compared to the traditional farm coalition map in the previous post. Soybean production is concentrated in the Midwest, aligning closely with corn production. Peanuts are concentrated in specific regions of the South that aligns most closely with cotton, especially through Georgia. Rice is concentrated in the Mississippi Delta region, with an additional production region in Northern California. The Mississippi Delta stands out as the one region where all of the crops viewed thus far have a significant presence. 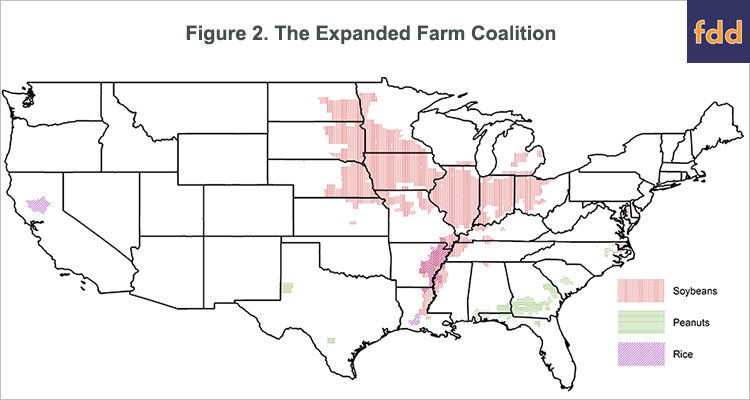 Political Influence of the Additional Commodities

For each of the three commodities, we identify every Congressional district (114th Congress) that contains at least some portion of a major crop producing county in the MWCACP map. Each map therefore identifies the largest possible political footprint of each commodity. The political footprint of soybeans, peanuts, and rice are shown in Figures 3, 4, and 5, respectively. 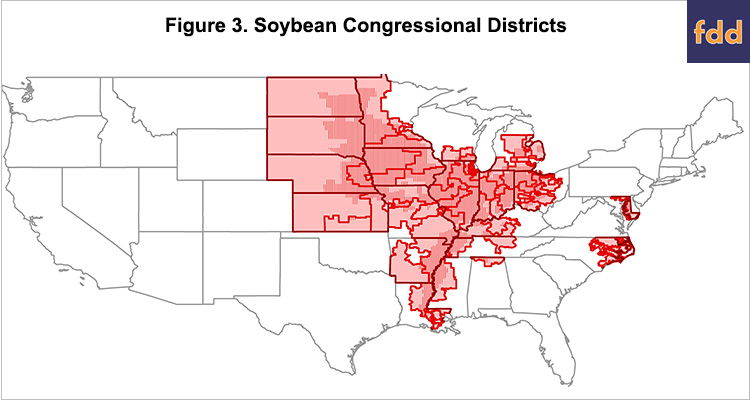 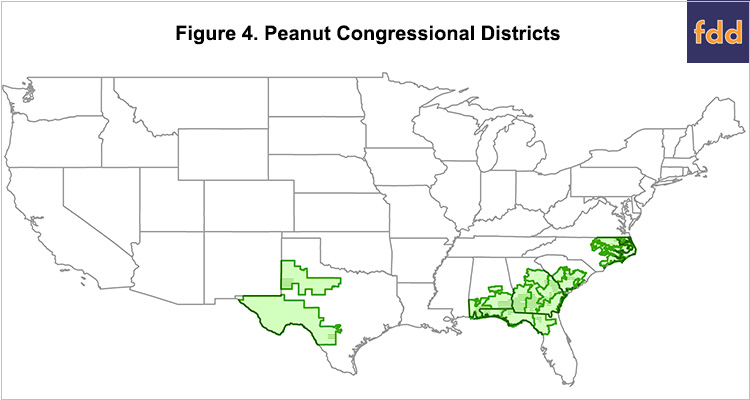 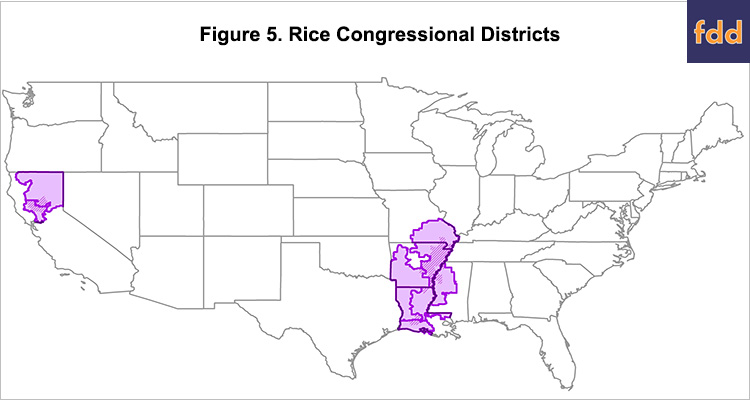 As before, the political footprint for soybeans, peanuts and rice indicate the potential political reach of each commodity but actual political influence may differ. Together the maps provide additional perspective because of the overlap of these political footprints. Specifically, the overlaps facilitate the commodity and regional alliances in a farm bill debate. For example, corn and soybeans have similar political footprints concentrated in the Midwest and are thus natural allies in a farm bill debate. The same is true for the Southern commodities cotton, peanuts and rice, with the exception of rice produced in Northern California. Wheat’s political footprint does not align well with either group. A further look at the MWCACP maps indicate that its allies are likely to be the other feed grains: grain sorghum in the southern Great Plains for winter wheat; barley and oats production would align with spring wheat in the northern Great Plains.

The regional political footprints of the commodities impact not only their influence in a farm bill debate but also add further perspective on the recent program election decisions. The 2014 Farm Bill required that producers elect either the Price Loss Coverage (PLC) or Agriculture Risk Coverage (ARC) program for the base acres on their farm. The program elections track the regional alliances among the major commodities. Corn and soybeans largely elected ARC while peanuts and rice almost unanimously elected PLC. Analysis of the commodity program election decisions can be found in two previous articles (see farmdoc daily June 16, 2015 and farmdoc daily August 14, 2015).

Mapping the production regions of the major commodities covered by farm programs provides perspective on the regional political differences and alliances in a farm bill debate. It also provide further insights to the commodity program election decisions by farmers of these different commodities. The maps raise questions for further exploration and analysis. They are only indicators of potential political influence and other factors need to be evaluated. One matter would be the relative economic impact of the commodities within Congressional districts. Another would be the specific influence of Congressional members of these districts, such as the commodity production in districts represented on the House Agriculture Committee. Combined, these could also provide indicators of prioritization within regions containing multiple commodities, such as the Mississippi Delta.