This is the fourth in a five part series in controlling costs on grain farms. Previous posts are available here, here, and here. 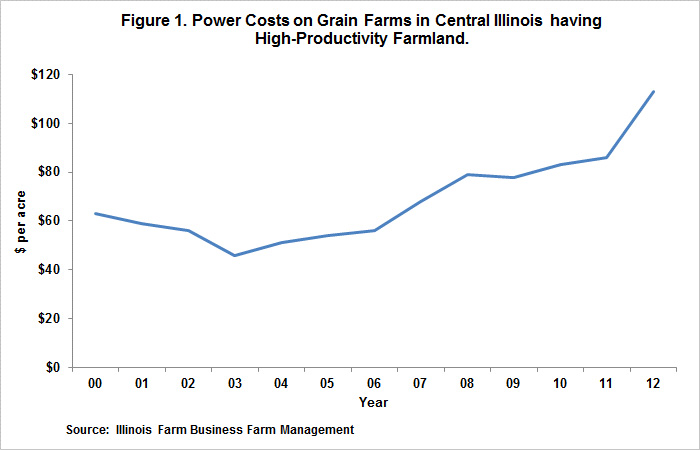 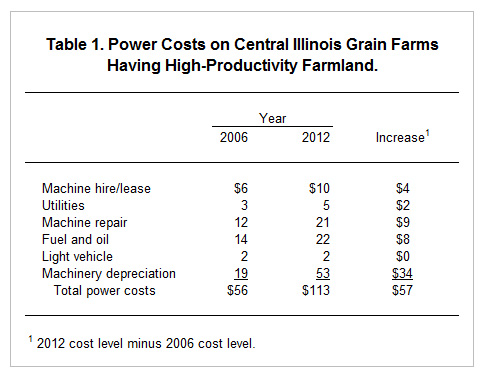 A number of factors may have attributed to the increase in capital expenditures.  Global Positioning System and variable rate technologies were introduced in recent years, likely leading to purchases of new equipment.  Equipment prices also rose dramatically during the past six years.  While these were important factors, likely the most important factor was higher commodity prices.  Since 2006, commodity prices increased from 1975-2005 levels, with particularly high commodity prices occurring between 2010 and 2012.  These higher prices then resulted in higher incomes, with higher incomes providing funds for machinery purchases.  Moreover, there was a desire to shelter income from taxes, leading to machinery purchases because the purchase price of equipment could provide large amounts of taxable income reduction through accelerated depreciation methods and section 179 expensing.

Other measures to lower power costs include:

Machinery related costs increased between 2006 through 2012.  Now that crop revenues have decreased, the elevated capital expenditure levels occurring from 2010 through 2012 need to be reduced.  Other means of lowering machinery costs also may have to be undertaken.