The EPA’s final rulemaking released in December 2015 made changes to the cellulosic, biodiesel, total advanced, and total renewable mandate components for 2014-2016, and to the biodiesel mandate laid out for 2017 (for more detailed discussion see the post from December 4, 2015). These changes impact the estimates of RIN stocks across all D codes available for compliance use.

With 2015 now completed, the RIN generation and retirement data from EMTS is combined with ethanol export data from the US Department of Commerce’s (DOC) via the USITC DataWeb, and biodiesel export data from the Energy Information Administration (EIA) to estimate changes in RIN stock levels during 2014 and 2015, and provide estimated beginning RIN stocks for 2016. 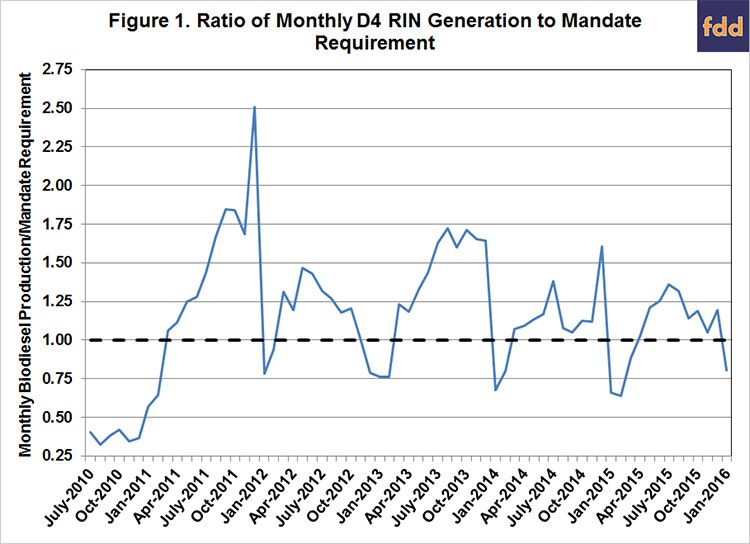 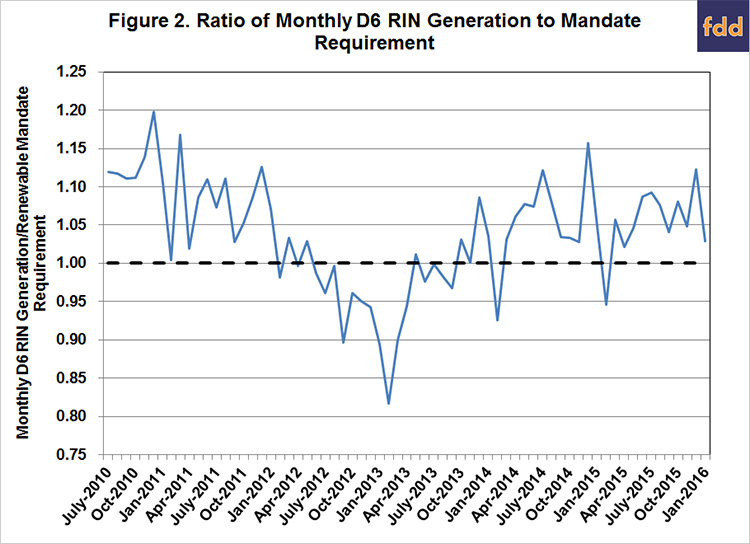 Tables 1 through 3 outline RIN generation and estimated use for 2013, 2014, and 2015, respectively. For each year, gross RIN generation and retirements for non-compliance purposes are taken from the EMTS system. Exports for D4 RINs are taken from biodiesel export volumes reported by EIA, adjusted for an assumed average equivalence value of 1.5 RINs per gallon. Exports for D6 RINs are based on DOC exports of denatured ethanol intended for fuel use. Exports of biofuels associated with D3 and D5 RINs are assumed to be zero in all years. The RFS mandate levels are taken from EPA’s final rulemaking for the corresponding year. Finally, the stock change column represents the change in RIN stock values for the year, which is equal to net generation (gross generation less exports and retirements for non-compliance use) less RFS mandate use for that D code.

As shown in table 1, RIN stocks were depleted in 2013 due mainly to the slowdown in ethanol production from high corn prices driven by the 2012 drought. Total advanced stocks were estimated to grow by 145 million RINs in 2013 due to relatively high generation of biodiesel RINs, while a 965 million gallon D6 RIN deficit was created. 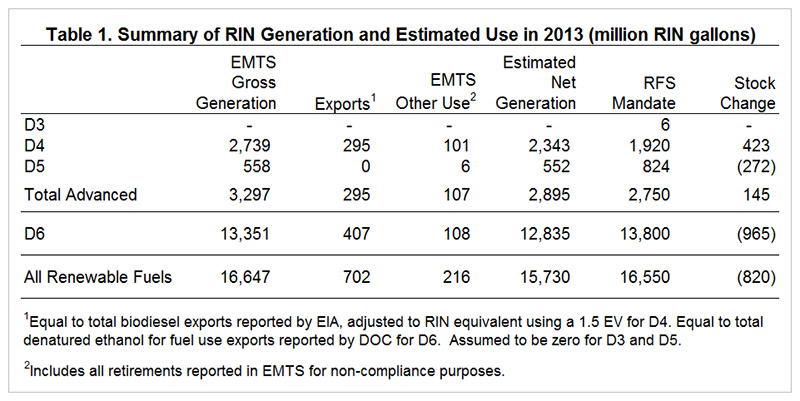 Table 2 shows that RIN stocks were estimated to hold stable during 2014, with fairly negligible stock changes across all D codes and in aggregate. This is a direct result of the EPA’s approach to setting the 2014 mandate levels at “actual use” levels after the 2014 year had ended. Note that while total advanced RIN stocks remain relatively unchanged, D4 stocks increased while D5 stocks were estimated to run a deficit. 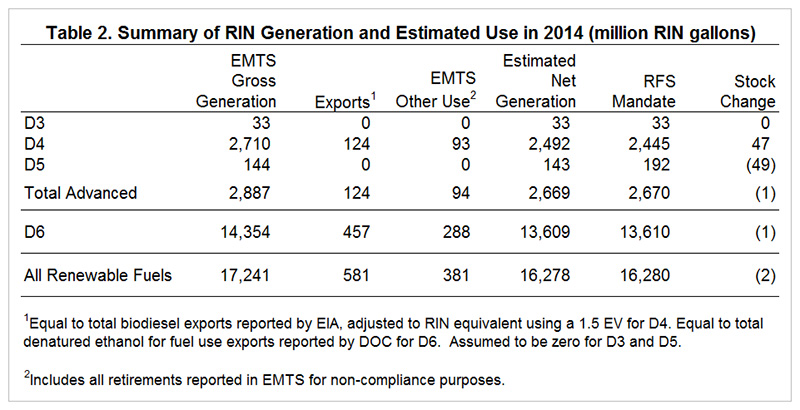 Table 3 shows a slight increase in total RIN stocks of about 261 million gallons, coming mainly from an increase in D6 stocks of 225 million gallons estimated for 2015. Similar to 2014, stocks of D4 RINs increased while D5 RINs were estimated to run a deficit, with the overall change to advanced stocks being slightly positive at an estimated 36 million RIN gallons.

Table 4 provides estimates of beginning RIN stock levels across D-codes from 2013 to 2016. The 2013 beginning stock values were taken from EPA’s stock estimates (carryover RINs) in their final rulemaking for 2013. Beginning stocks for 2014, 2015, and 2016 were estimated using the stock change estimates for each year, accounting for the 20% rollover limit provision. Note that this leads to some advanced RINs (D4 and D5) being rolled over for use as D6 RINs from 2013 to 2014. In addition, while a cellulosic mandate level has been in place each year and D3 RINs have been generated in 2014 and 2015, they were ignored in estimated total RIN stock levels.

The estimated level of carry-in for 2016 provides flexibility in how obligated parties meet 2016 and future mandate needs. The more than 2 billion RIN gallons available in stocks represent portions of current and future RFS mandate volumes which could be met with purchased or held RINs as an alternative to physical blending of ethanol.

Data from EPA’s EMTS system, the EIA, and the DOC suggest that RIN stocks held steady in 2014 and were built up by about 260 million gallons during 2015. The estimated carryover or RIN stock value at the beginning of 2016 is 2.096 billion RIN gallons. This includes 554 million D4 RINs available for use in compliance towards the biodiesel, total advanced, or overall mandate, and 1.542 billion D6 RINs available for use in complying with the renewable component of the mandate.

These RIN stocks represent the portion of the RFS mandate volumes that could be met with RINs associated with biofuels produced and blended in previous years, rather than compliance through new blending. Therefore, these RIN stocks can be viewed as providing obligated parties with a buffer against difficulties in meeting 2016 or future mandate needs through physical blending. Examples where use of existing RIN stocks may be preferred for compliance include blend wall issues limiting the physical blending of biofuels, or a change in the economics associated with the physical blending of biofuels such as in increase in the prices of ethanol (biodiesel) relative to gasoline (diesel) and other blending alternatives.